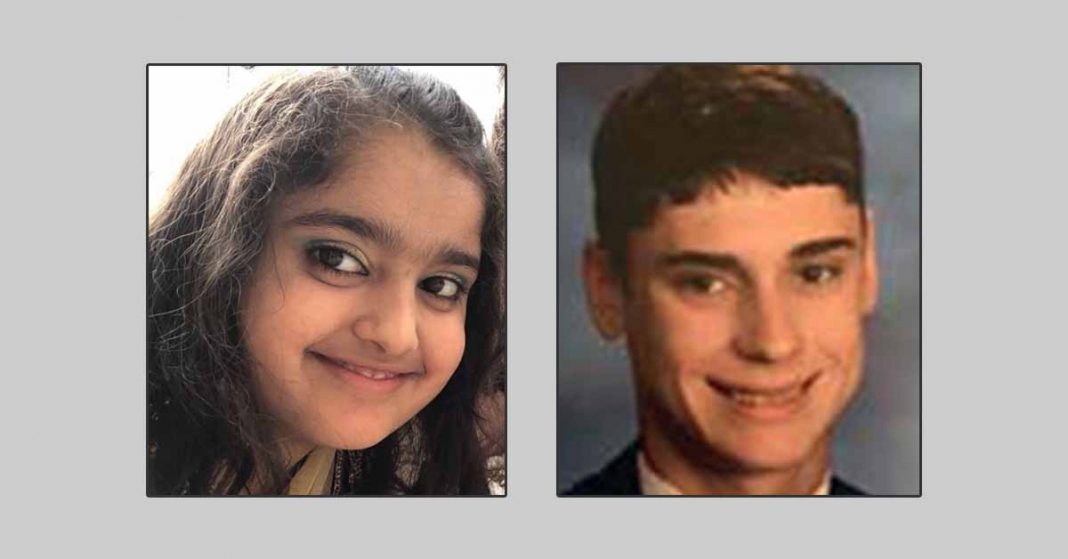 The food allergy community is grieving after the loss of two more kids who were guilty of nothing more than developing life-threatening immune disorders.

First was news of Habiba Chishti, a 9 year-old girl from Yorkshire, England who passed away hours after arriving in Costa del Sol, Spain for vacation with her family.

Habiba had eaten ice cream purchased from the Miramar shopping center near the resort complex in Mijas where the family had arrived on Saturday. She reportedly suffered anaphylaxis about 9PM that day and was taken to Costa del Sol Hospital.

After being revived, she suffered cardiorespiratory arrest and was transported to Materno Infantil Hospital in Malaga where she died, according to a hospital spokesperson.

Habiba’s uncle told The Sun Online: “Habiba knew about the nut allergy and was very careful. Her dad was on top of it and this has never happened before. They had asked the ice cream place whether they had any nuts and they had been told not.”

Then came news of Brandon Cheatham, a 17 year-old boy from Roanoke, Virginia. On February 24, the day he would have been declared a graduate of his high school, his family received official word of his death after he was removed from life support.

Two nights earlier, the young man, who had a severe nut allergy, had eaten a brownie that unbeknownst to him contained walnuts.

“I am beyond broken, I don’t know how to live in a world without him!”, Wahl wrote in a February 24 Facebook post.

Our hearts and sincere condolences go out to the Chishti and Cheatham families who are suffering every parent’s worst nightmare. We wish them strength and solace in the coming days.

As we do when news of horrific losses like these wracks the food allergy community, we try to find strategies to help families protect themselves from similar occurrences.

Habiba and Brandon were both victimized by allergen consumption. Whether they were told the food did not contain their allergen as an ingredient when it did, or the food was somehow contaminated by cross-contact during manufacture or handling, means little to their families… the results were the same.

When you have food allergies and are planning to eat anything away from home, please keep the following in mind:

Understand that the server may be untrained or have no idea that trace allergen cross-contact can prove fatal.

That brownie may not look like it has walnuts, but does it? Was it baked in a kitchen where walnuts are used? Is it served on a dish next to a cake that contains walnuts or was it cut on the same cutting board using the same knife?

Likewise, that vanilla ice cream cup does not appear to have peanuts, but was it produced in the same kitchen or line as a peanut butter variety? Even if you ask that a clean scoop be used, was the tub already contaminated by a scoop that was not sanitized? How safe is that sorbet for a milk allergy when it is served next to the frozen yogurt?

Does your server know? Can she know?

Unfortunately, we live in a society where the regulations governing food manufacture, preparation, and handling have not caught up with the reality of the food allergy epidemic we all live with.

You must take extra care when eating anything that is unpackaged outside the home. If you cannot confidently answer the questions posed above – whether for desert, a snack, or an entire meal – don’t take the risk.

And of course, be sure to take 2 epinephrine auto-injectors with you everywhere… everytime. Learn the signs of anaphylaxis and don’t hesitate to administer your epinephrine when you suspect you may be suffering an anaphylactic reaction!

Let’s make sure we honor the memories of Habiba and Brandon by redoubling our efforts to keep ourselves and our families safe!

Starbucks Sued by Customers: One Suffered Allergic Reaction, the Other Served Cleaning Fluid