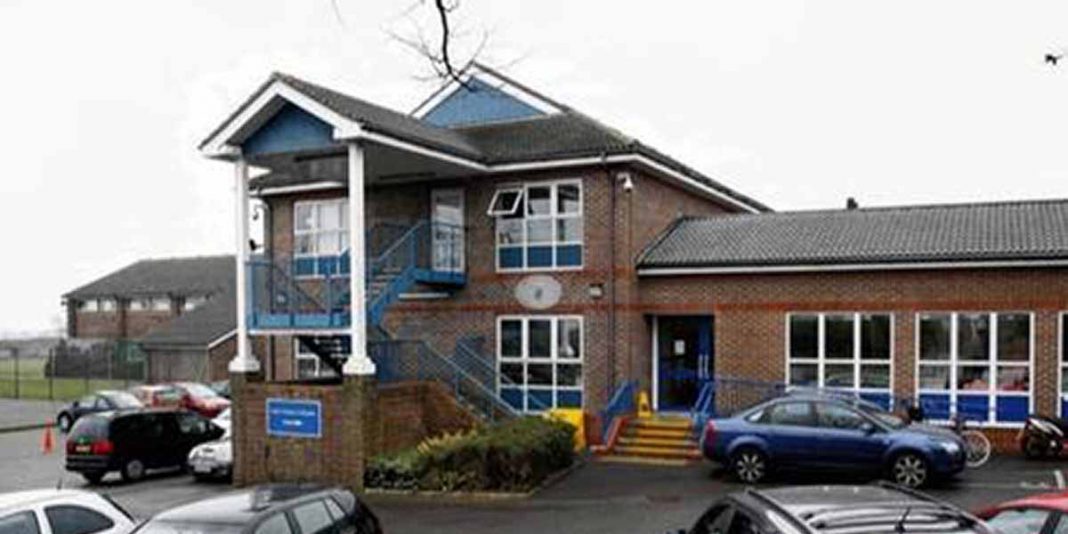 Two girls, 16 and 17, have been suspended from the Rochester Grammar School in Kent for 20 days after allegedly spreading crushed nuts on the desk of a teacher who was known to have a severe allergy.

A spokesman for the school said:

Following an internal investigation, we took the decision to temporarily exclude two students for their part in an extremely dangerous incident that could have had fatal consequences.

We make no apologies and are surprised a parent of one of the students does not see the seriousness of their actions and is contesting the decision to exclude.

Another teacher allegedly told the parents that the girls were seen giggling in the corridor but didn’t notice any nuts.

The father of one of the girls was incensed and claims he had his daughter take a two-hour polygraph test costing $780 which determined she was “98 percent likely to be telling the truth”.

When I heard why she was excluded I had to get the school to repeat it twice, I couldn’t believe it.

The exclusion will be appealed to the school governors, so I got the lie detector done to prove her innocence.

One of the girls claimed she was searching for her blaser with the other during a free period. When they returned to the classroom, she saw the crushed nuts on the floor but thought nothing of it.

I’m gutted. When I was told I was going to be excluded I was shocked, I couldn’t speak.

I’ve always wanted to be a teacher but this makes me think it’s not something I want to do, if this can happen to an innocent person. It definitely was not me.

I loved school and the environment, I thought all the teachers were really friendly, understanding and there to help.

The school claims the parents are aware of the no-nuts classroom policy which has been in place for 20 years.

Exposure to nuts by those allergic could cause serious reactions including anaphylaxis, which can prove fatal in extreme circumstances.