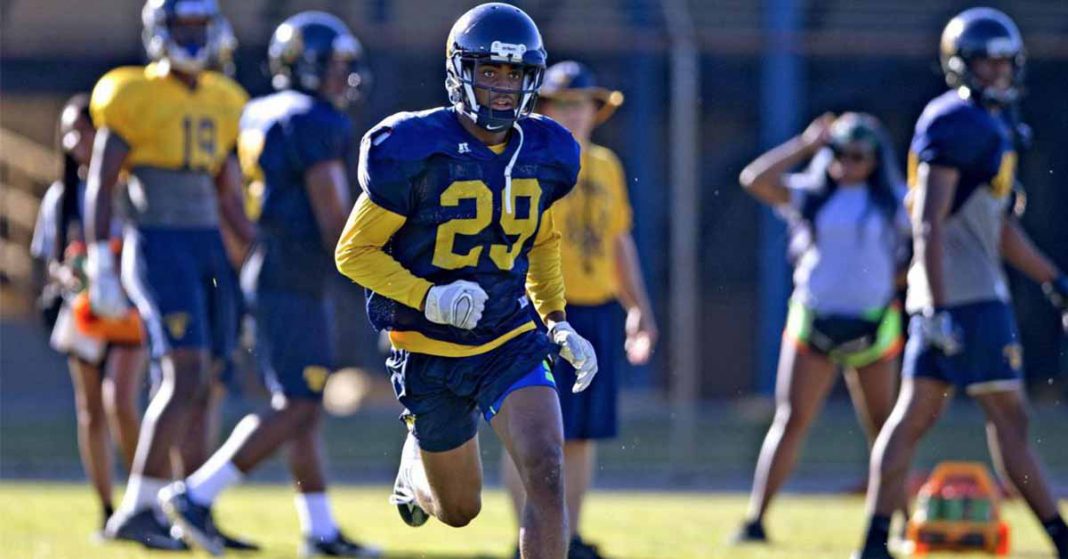 To be a member of the Aggies defensive squad — rated No 1 in the FCS this year — you need to be fast and fearless on the field. For their cornerback, who copes with multiple food allergies, that means being fearless off the field as well.

Franklin “Mac” McCain III is a two-time All-America defensive back for NC A&T who has overcome adversity and injuries to emerge as the shut-down corner and NFL prospect. He takes his allergies as seriously as he does his opponents.

“When I was little, maybe 5 years old, I kept breaking out [in hives] when I would eat stuff,” McCain told the Greensboro News and Record. “My mom knew something wasn’t right, and she took me to the doctor’s. They stuck like 50 pins in my back, and they watched to see what swelled up. That’s when I found out I’m allergic to a lot of stuff.”

The pins McCain refers to was a skin prick test. That “stuff” included many environmental allergies, but the extent of his allergies only became apparent a few years later.

“One time I ate a hushpuppy off my dad’s plate,” McCain says. “I was 8 or 9 years old. I’m not allergic to hushpuppies, but it was on the same fish plate with the rest of his food. I ate it, and the next thing I know I couldn’t breathe. I was struggling, and I didn’t have my EpiPen on me. My dad had to rush me home real quick and stick me with the EpiPen. That’s when I knew I could never do anything with seafood ever again. That was the worst, the scariest incident I’ve ever had.”

McCain was suffering the classic symptoms of anaphylaxis, a serious, sometimes life-threatening allergic reaction. Epinephrine, the drug contained in McCain’s EpiPen, is the only drug that can halt the progression of anaphylaxis.

Since then, McCain has learned of other foods he’s allergic to.

“The most serious stuff I’m allergic to is pretty much all seafood, peanuts, peanut butter, any nuts,” he says. “I’m allergic to other stuff, too. Green beans. Bananas. Popcorn. But I can kind of eat popcorn. I can tolerate a little of it, but it’s going to make my throat all scratchy, and I’ll break out a little bit.

“I stick to what I know is safe. I eat a lot of chicken. I eat chicken all the time. Seafood looks so good to me, but I’ve never got to try it. I tried a bite of shrimp when I was little, and that didn’t go so good. Other than that I’ve never had any other seafood. It’s hard to see people eating seafood and know I can’t have any.”

McCain heeps his epinephrine with him at all times, at school and back at the apartment he shares with three roommates.

His food allergies have led McCain to switch his major from finance to agriculture business.

“I was really into food,” he says. “I love food, and I wanted to find out why it didn’t love me back. I learned a lot. There’s a lot that goes into how food gets from the fields to the table.”

We at SnackSafely.com congratulate Mac McCain for not letting his allergies limit him on or off the field. We look forward to seeing him compete in the NFL or perhaps at the USDA.