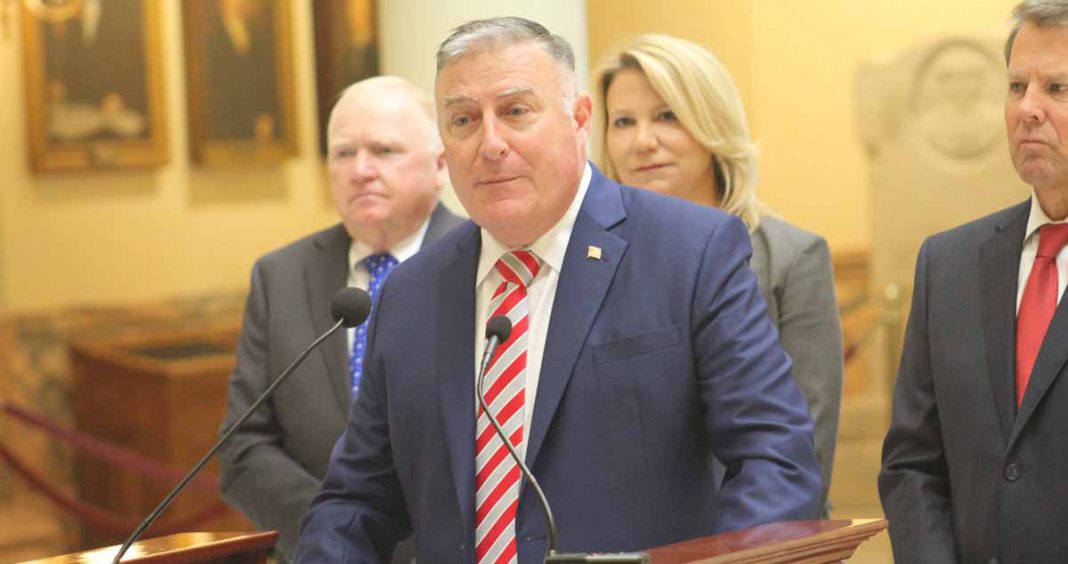 A man has been apprehended and nine other suspects are sought for allegedly participating in a ring to defraud insurance companies by filing false claims.

According to investigators, the members of the ring visited restaurants in six Georgia counties, ordered chicken dishes, then claimed they had found shrimp in their dishes leading to an allergic reaction.

“They would then file false insurance claims and submit false medical records and medical billing statements to obtain money from insurance companies for medical treatment that was not sought,” state officials said in a statement.

“The medical records and medical billing statements were allegedly falsified and altered to reflect the name of the suspects, their date of birth, and multiple different medical facilities.”

This elaborate and carefully orchestrated ring stole nearly $25,000 from Georgia insurance companies. These types of schemes have proven to lead to higher insurance rates for every family in our state.

On March 17, Christian Walls was arrested by the Gwinnett County Sheriff’s Office and is being held on $22,400 bond. Warrants have been issued for the arrest of Kevion Young of Spalding County, David Lilly of Clayton County, Alicia Nelson of Cobb County, Bradley Bland of Gwinnett County, Jillian Anderson of Clarke County, and Terrance Bradshaw of Banks County.

Readers with knowledge of the whereabouts of these individuals are urged to call the Insurance Commissioner Office’s Criminal Investigations Division at 404-463-6363.

Insurance fraud in the state of Georgia is a felony punishable by imprisonment for two to ten years, or by a fine of up to $10,000.00, or both.