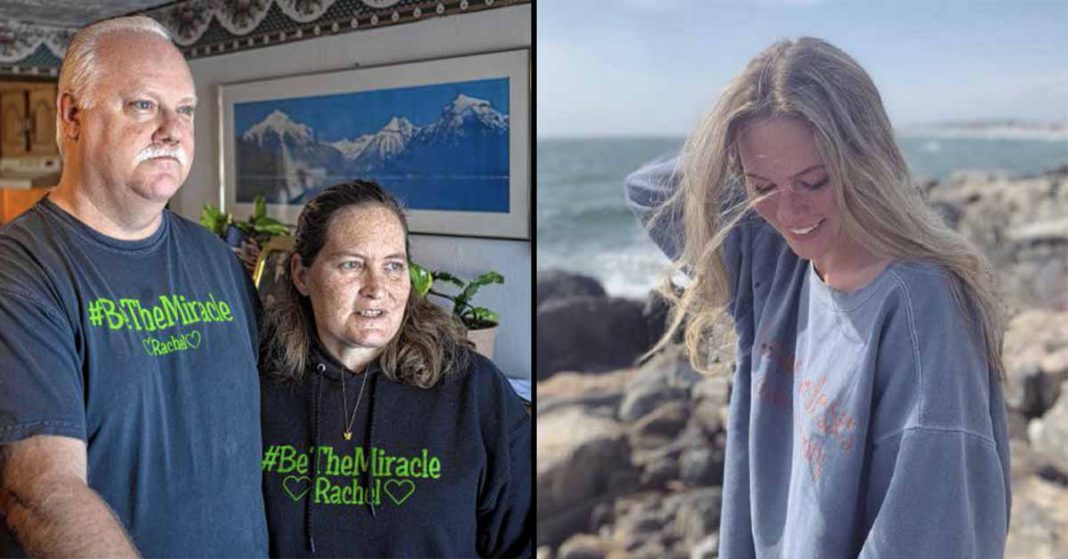 21-year-old Rachel Hunger was a molecular genetics student at the University of New Hampshire in April 2019. Out with friends for dinner one evening, she was unaware the egg roll she had ordered contained peanut paste. Rachel had a peanut allergy.

Despite the administration of two epinephrine auto-injectors, Rachel went into anaphylactic shock and suffered cardiac arrest. She was deprived of oxygen for 30 minutes which proved fatal and was ultimately removed from life-support on May 8.

Later that year, Rachel’s mother, Jennifer, was determined to prevent a similar tragedy from befalling others. She and a bipartisan group of Massachusetts state lawmakers teamed up to pass HB1102, a bill entitled “Requiring food service establishments to establish food allergy awareness procedures”. The legislation sought greater communication between servers and customers regarding food allergies.

On March 11, 2020, Ms Hunger attended the statehouse vote to hear the body approve the bill, 232-18. With House passage, the legislation was well on its way when the pandemic hit four days later, halting her effort to muster real change from the tragedy of Rachel’s loss.

Generally, if legislation doesn’t pass both houses and is enacted within a single session, the entire process must be restarted from scratch.

“The days were really hard after a while,” Ms Hunger said. “So I turned to my daughter for help. She loved to get angry about stuff. She was easily riled, so I have to channel her energy and get this done.”

Ms Hunger and Team Rachel will return tomorrow for a remote public hearing, kick-starting the process that stalled a year ago.

Once Jennifer announced the public hearing had been rescheduled to February 16, encouragement poured in from people whom Ms Hunger said were also coping with the daily fear caused by food allergies.

“So many people are dealing with this issue,” said Ms Hunger to the Concord Monitor. “This is definitely more fresh in my head now.

“Our days have purpose now that a public hearing has been set. Our cause is being rekindled. Now we have to exhaust them with so much testimony that they just get tired of us.”

We’re rooting for Ms Hunger and wish her godspeed in her efforts to pass “Rachel’s Law” to protect the community in honor of her daughter. We have little doubt that her determination combined with the grit and energy she is channeling from Rachel will see the legislation through to enactment.