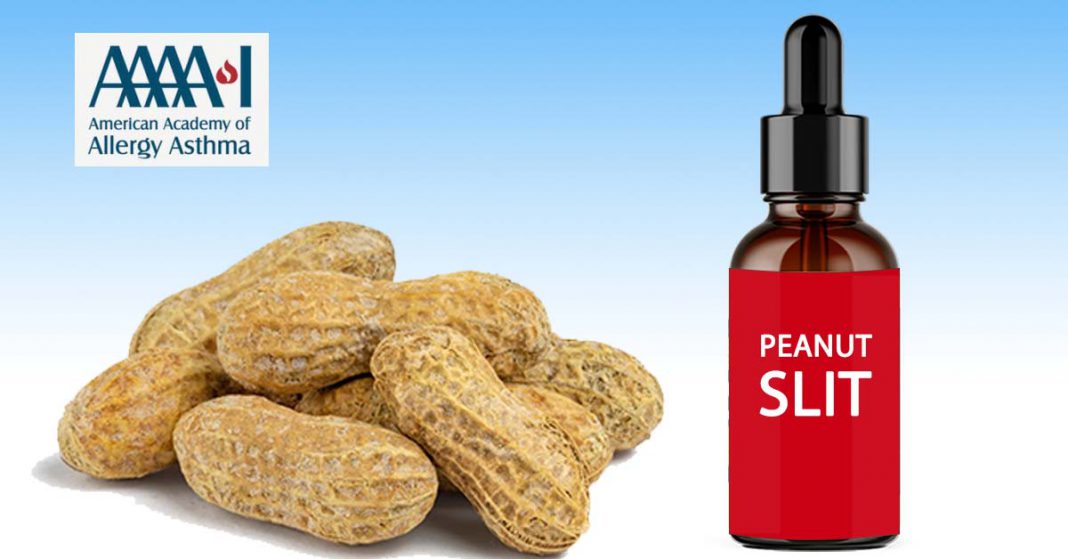 The study, to be presented at the 2021 AAAAI Virtual Annual Meeting, shows that this therapy could be an option for early peanut allergy intervention.

Research to be presented at the 2021 American Academy of Allergy, Asthma & Immunology (AAAAI) Virtual Annual Meeting reveals that peanut sublingual immunotherapy (PNSLIT) is effective and could provide sustained unresponsiveness.

While the abstract of this research (#L2) was included in an online supplement to The Journal of Allergy and Clinical Immunology that was published February 1, the study will be presented in more detail during a late breaking oral abstract session on Saturday, February 27 at the 2021 AAAAI Virtual Annual Meeting.

While it’s long been suspected that PNSLIT may improve desensitization when started at a younger age, it’s not been widely studied in toddler-aged children. This study sought to examine if PNSLIT produced a stronger reaction in younger children by examining 50 peanut-allergic children between the ages of one and four at two different academic centers. They were randomized 1:1 to receive either PNSLIT with a daily maintenance dose of 4 mg peanut protein or a placebo over a period of 36 months (1 peanut kernel = 300 mg peanut protein). Researchers then assessed desensitization using double-blind, placebo-controlled food challenges (DBPCFC).

A total of 36 participants (19 PNSLIT, 17 placebo) completed the desensitization DBPCFC. In the PNSLIT group, the cumulative dose of peanut protein that could be tolerated increased from a median of 143 mg to 4,443 mg. The placebo group saw a much smaller increase from 43 mg to 143 mg. A total of 14 PNSLIT participants passed the desensitization DBPCFC compared to none in the placebo group. Sustained unresponsiveness (SU) was analyzed three months after the PNSLIT was completed, where 12 PNSLIT participants passed compared to two in the placebo group. Over 20,000 doses were taken, and of those symptoms were reported with 1,031 PNSLIT doses compared to 629 placebo doses.

“We observed significant desensitization in toddlers with peanut allergy who participated in the PNSLIT trial with a treatment effect that appears stronger than previously seen in older children,” said Edwin Kim, MD, MS, FAAAAI, first author of the study. “With follow-up data showing a promise for sustained unresponsiveness, there’s a possibility PNSLIT could work as an option for early intervention in peanut allergy.”

The American Academy of Allergy, Asthma & Immunology (AAAAI) represents allergists, asthma specialists, clinical immunologists, allied health professionals and others with a special interest in the research and treatment of allergic and immunologic diseases. Established in 1943, the AAAAI has over 7,000 members in the United States, Canada and 72 other countries. The AAAAI’s Find an Allergist/Immunologist service is a trusted resource to help you find a specialist close to home.