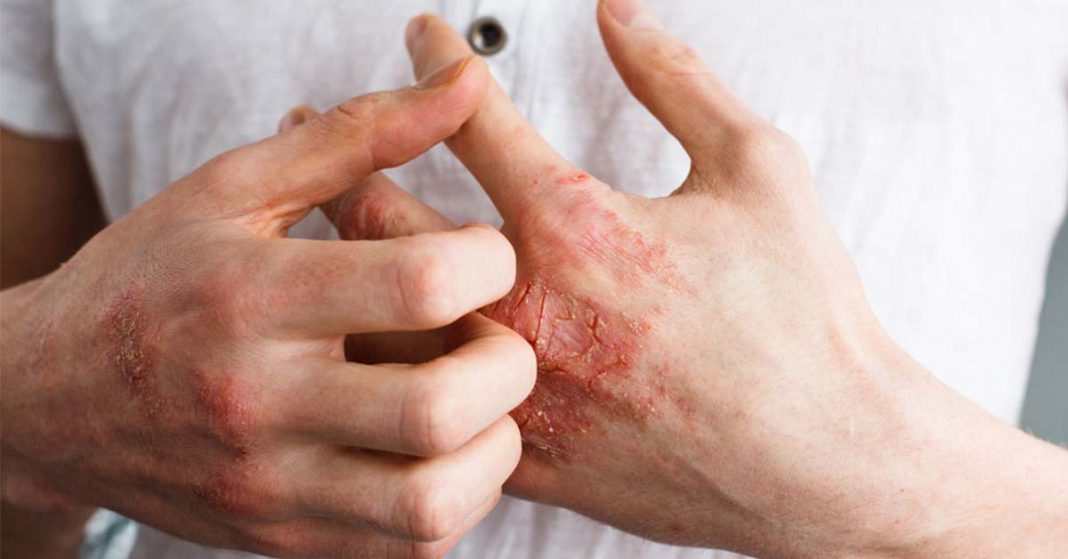 Patients who received upadacitinib, a Janus kinase 1 (JAK1) inhibitor, showed impressive reductions in all clinical disease measures, as well as in all itch-related outcomes. “The results of these trials (Measure Up 1 and Measure Up 2) were so incredible that by week 16, most patients with moderate to severe atopic dermatitis either had a 90 percent disease clearance, or even 100 percent disease clearance,” said Emma Guttman-Yassky, MD, PhD, Sol and Clara Kest Professor and Chair of the Kimberly and Eric J. Waldman Department of Dermatology, Icahn School of Medicine at Mount Sinai, and first author of the paper.

“We achieved extremely high clearance rates that are bringing us closer to the amazing clearance rates that we see in psoriasis,” said Dr. Guttman-Yassky. “Also, the itch improvements already started to be significant within days from the beginning of the trials, and the maximum clinical efficacy was obtained early, at week 4, and maintained to week 16.” She also noted that upadacitinib was well tolerated by patients in the two highest doses of the drug—15 mg and 30mg—and no important safety risks were observed.

JAK inhibitors are a type of medication that function by inhibiting the activity of one or more of the Janus kinase family of enzymes (JAK1, JAK2, JAK3, TYK2), thereby interfering with the JAK-STAT signaling pathway. These JAK inhibitors have therapeutic application in the treatment of cancer, and inflammatory disease such as rheumatoid arthritis, and potentially other skin conditions, including atopic dermatitis.

In this study, the JAK1 inhibitor upadacitinib blockades multiple cytokine signaling pathways, parts of the immune system that malfunction in atopic dermatitis. Blocking these pathways helps achieve greater response and higher thresholds in skin improvement in patients who have moderate to severe atopic dermatitis.

Atopic dermatitis is an inflammatory, extremely itchy skin disorder that affects more than 31 million adults in the United States, including 10 to 20 percent of children. Patients who have moderate to severe atopic dermatitis experience increased itch, skin pain, and sleep disruption; greater comorbidity risk (for asthma, hay fever, allergies, depression, and suicidal ideation, for example); and often report diminished self-esteem, substandard performance at school/work, and overall impaired health-related quality of life compared with the general public. While the condition may occur at any age, it typically starts in childhood, with changing severity over the years.

“The results achieved with this study were very impressive and provided robust efficacy,” said Dr. Guttman-Yassky. “Patients were able to start and restart the oral medication at any time, allowing for flexibility, which cannot be achieved with biologics. And, biologics, which are injectable agents that target specific lymphocytes that are “misbehaving” or are upregulated in atopic dermatitis, do not suppress the entire immune system as other immunosuppressant’s tend to do.”

While biologics have been very successful for treating patients with atopic dermatitis for whom topical treatments have not worked or are not advised, Dr. Guttman-Yassky explained that they cannot be stopped and restarted at will because of a potential to create anti-drug antibodies, which will shorten the half-life of the drug.

Additionally, Dr. Guttman-Yassky noted that the study also provided the opportunity for adolescents and adult patients who fear injections the option of taking an oral systemic medication for their disease and is an alternative for those suffering from moderate to severe atopic dermatitis.

Here is a video about the study and Dr. Guttman-Yassky’s research:

The Mount Sinai Health System is New York City’s largest academic medical system, encompassing eight hospitals, a leading medical school, and a vast network of ambulatory practices throughout the greater New York region. Mount Sinai is a national and international source of unrivaled education, translational research and discovery, and collaborative clinical leadership ensuring that we deliver the highest quality care—from prevention to treatment of the most serious and complex human diseases. The Health System includes more than 7,200 physicians and features a robust and continually expanding network of multispecialty services, including more than 400 ambulatory practice locations throughout the five boroughs of New York City, Westchester, and Long Island. The Mount Sinai Hospital is ranked No. 14 on U.S. News & World Report’s ”Honor Roll” of the Top 20 Best Hospitals in the country and the Icahn School of Medicine as one of the Top 20 Best Medical Schools in country. Mount Sinai Health System hospitals are consistently ranked regionally by specialty and our physicians in the top 1% of all physicians nationally by U.S. News & World Report.