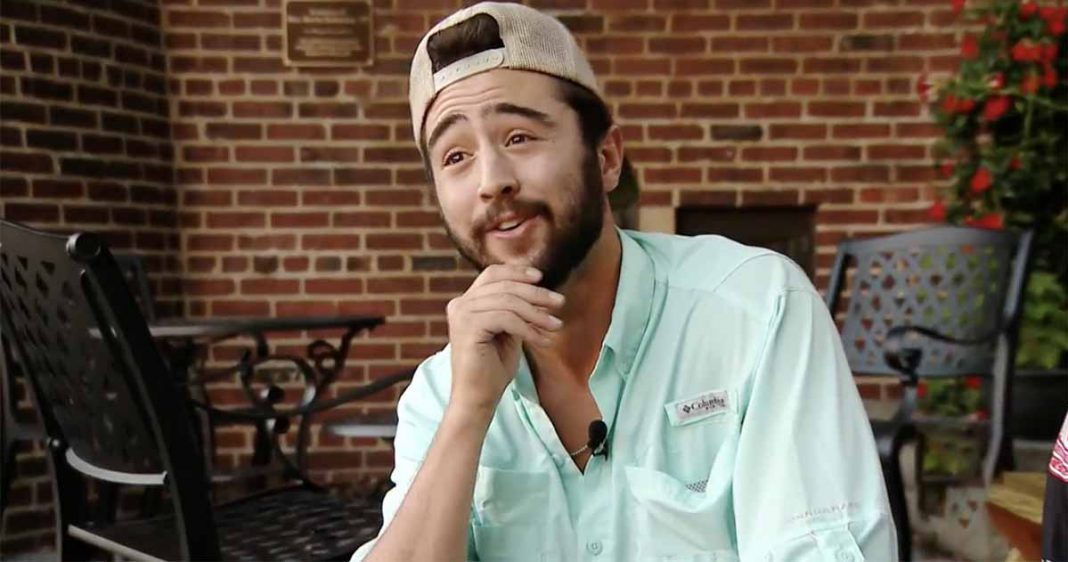 A near brush with death has driven the message home to Chris Duca: Always have your epinephrine with you at all times.

Duca and his best friend Austin Aikins were enjoying a camping trip along the Clarion River in Pennsylvania when fate stepped in.

“The day was going great,” said Aikins. “We were catching a bunch of fish, and we found a place to set up the tent and start a fire.”

Until Duca, who has a severe allergy to tree nuts and other foods, tucked into a slice of blueberry cobbler after dinner.

Suddenly, he began to feel the telltale signs of anaphylaxis, a serious, life-threatening reaction to a food or insect venom. His tongue swelled, his throat tightened, and his breathing became more and more labored. Unfortunately, his epinephrine auto-injector was left 16 miles away in his car.

The young men began paddling furiously back to the car when Aikins thought about performing a tracheotomy to help his friend breathe.

“I would have tried, but I don’t know what would have happened,” said Aikins. “I was just praying to God that we could get somewhere and have someone call 911.”

They finally came across a boat ramp downstream and scrambled onto a road in the woods where they hoped they could get help.

Luckily, Randy Geci from St Mary’s, Pennsylvania, happened to be driving by when he saw two flashlights waving in the dark. He rushed the young men through the winding roads to their car where Duca administered his EpiPen, then drove him to Penn Highlands Elk Hospital another 20 minutes away.

Tragedy was averted when Duca responded to treatment and recovered.

“Only thing I can say is just, thank you,” Duca said to his rescuer over a Zoom call. “I’m really speechless about you taking a chance that night. There’s a chance I might not be here if it wasn’t for you.”

“You’re very welcome,” Geci said. “I think Austin should be the one to get all the credit though. He got you there. Everybody kept their cool. I just gave you a 10-minute bus ride over to the truck.”

The young men summed up their experience best.

“I’m thankful to be here, thankful for the people around me, and thankful for all the good people out in the world that you don’t hear about today,” Duca said.

“I think there was a higher power out there helping us, and I think the learning lesson is he always needs to have his EpiPen on him,” Aikins said.

Here is a report from the KDKA evening news with their story:


We at SnackSafely.com are thankful Chris is alive and well, that he was lucky to be camping his cool-headed friend Austin, and that he was found by good samaritan Randy. Needless to say, this episode could have ended differently had all the chips not fallen as they did.

There are two important teaching moments for those with food allergies to be learned from Duca’s experience: