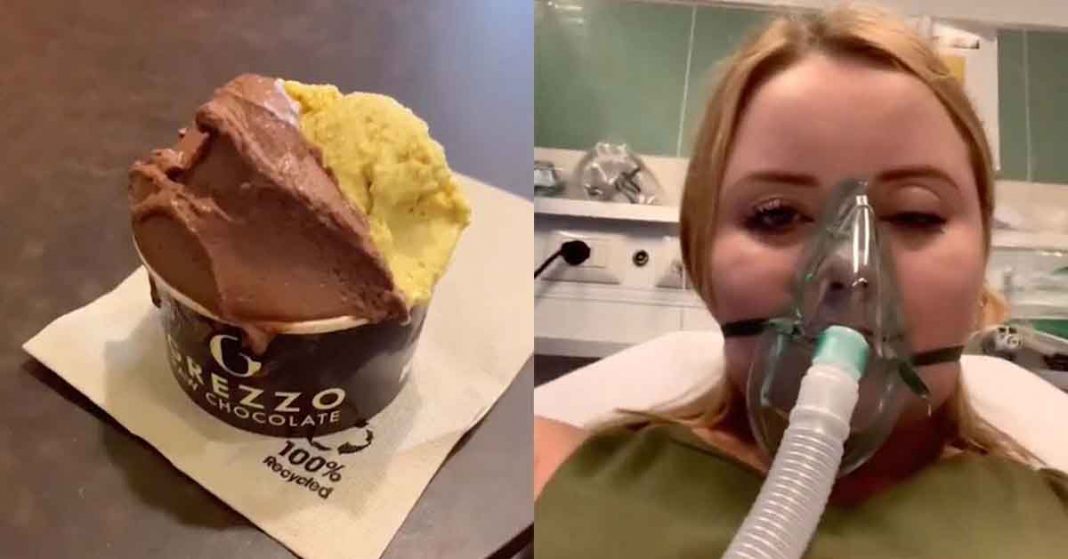 Back in October, we published an article about 22-year-old Annika Larson who had survived a brush with anaphylaxis after eating gelato while touring Rome. We were thankful Annika survived and was able to return to her home in Texas after her ordeal.

We recently came across a video by Annika documenting the entire incident which began that morning with a text from her boyfriend telling her their relationship was over.

But having arranged an Airbnb directly opposite the Trevi Fountain, Annika was not going to let the news spoil her time in one of Europe’s most beautiful cities. After a bit of self-consolation, she set forth on her tour of Rome only to experience her second disaster of the day.

Despite the severity of her anaphylactic episode, Annika’s video is funny and shows her never sinking optimism throughout the entire ordeal:


In true Texas spirit, Annika shows us that life really is what you make of it. That said, her life could have been cut short because of errors that individuals coping with food allergies cannot afford to make.

Let’s take a minute to understand what went wrong.

First, although the gelato that triggered her reaction contained “pure ingredients”, there’s no telling whether the kitchen where that gelato was made took precautions to prevent cross-contact with the peanuts Annika was allergic to. Likewise, there is an increased probability of cross-contact when foods are served from a common display case, often with shared scoops.

Instead, after reading and approving the ingredients of the ice cream and understanding the precautions that were taken during its preparation, inform the proprietor of your severe allergy and ask if they wouldn’t mind using clean utensils to give you a scoop from an unopened container. Many will be happy to oblige.

Last but not least, never wait to administer your epinephrine when you first suspect anaphylaxis. In the time Annika took to phone her physician and visit a pharmacy to have them administer the drug, she could have gone into shock, suffered cardiac arrest, or experienced any number of other life-threatening/life-ending complications.