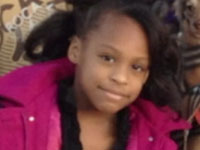 A Virginia first grader, Ammaria Johnson, died Monday shortly after suffering an apparent allergic reaction to something she ate at school. Paramedics received an emergency call at 2:26PM and arrived shortly afterward to find Ammaria in cardiac arrest. She was pronounced dead after her arrival at Chippenham Medical Center.

Her mother, Laura Pendleton, told the local CBS affiliate that Ammaria was allergic to peanuts and that the school declined to accept an EpiPen (epinephrine injector) on her behalf last fall.

Though the cause must still be confirmed, this tragic death may have been avoidable had the school a stock of emergency epinephrine on hand. Legislation has been introduced in Congress that would provide states incentives to allow their schools to stock epinephrine and administer doses when necessary. We encourage you to contact your congressional representatives in support of the School Access to Emergency Epinephrine Act.

We urge parents of food allergic children to engage their school in developing a food allergy emergency action plan. The Food Allergy & Anaphylaxis Network (FAAN) has a template for such a plan in a number of languages.