Study: Method Proposed for Diagnosing Allergy to Red Dye in Foods and Cosmetics 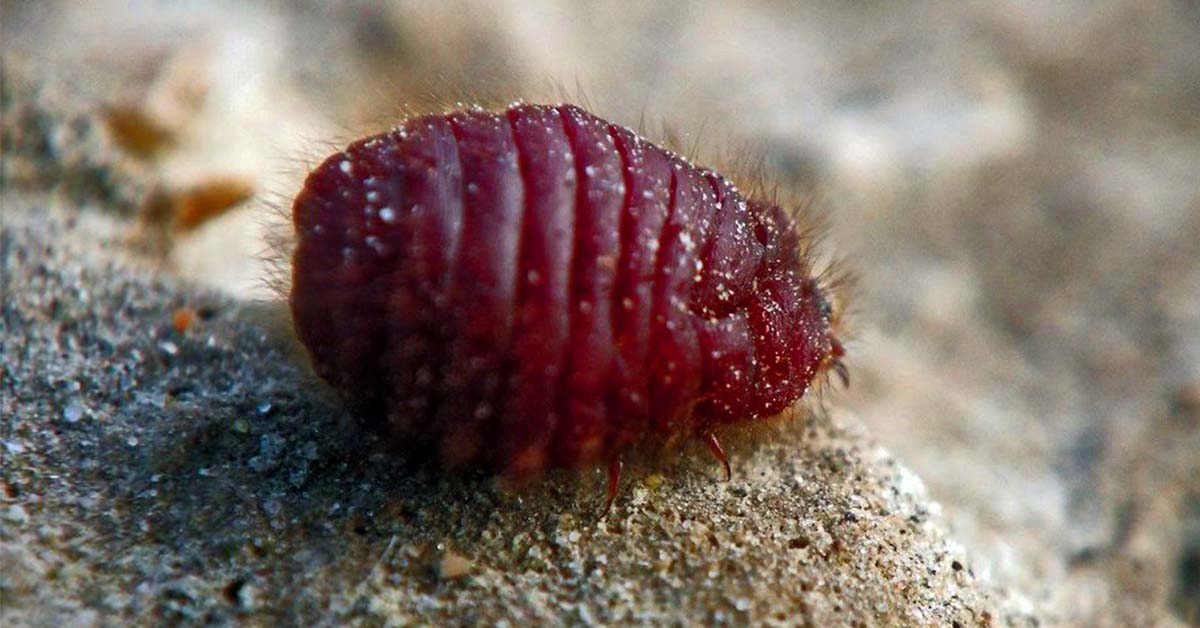 Though there are few documented diagnoses of allergy to a common red dye used in food coloring and cosmetics, researchers in Japan are concerned that such cases go underreported because this type of allergy is not well recognized by physicians and because diagnostic methods are not well established.
The dye in question is cochineal dye, a natural red colorant extracted from dried female cochineal insects which are parasites of cacti native to Central and South America, particularly Peru. The main component of the red dye is carminic acid (CA). Carmine, a derivative product of CA, is also used as an insoluble red dye. Both carmine and cochineal dyes are used worldwide as coloring agents in foods, drinks, cosmetics and drugs.

The number of reports of food allergy associated with cochineal dye has been increasing in Japan, particularly since 2012. One reason for this increase is that the Consumer Affairs Agency of the Japanese Government published an alert to call attention to cochineal dye allergy in 2011. Another possible reason could be a decline in the acquisition of immunotolerance to the cochineal dye allergen in foods during childhood combined with more frequent exposure to the allergen in adulthood.
The researchers suspect the reactions are not caused by CA and carmine in and of themselves, but by insect proteins that contaminate the dyes during manufacture.
Twenty-two Japanese cases were reported over the 17-year period from 1999-2016, all adult females. The preponderance of females with the allergy suggests that patients are sensitized by cosmetics containing cochineal dye, whereas immediate allergic reactions occur after ingestion of food containing cochineal dye.

All cases except three involved anaphylaxis; 13 cases involved a past history of local symptoms associated with cosmetics use. Japanese strawberry juice and fish-meat sausage, and European processed foods (especially macarons made in France) and drinks were recent major sources of allergen.
Based on their review of these cases together with the results of skin prick tests and serum IgE tests, the researchers proposed the following diagnostic chart: 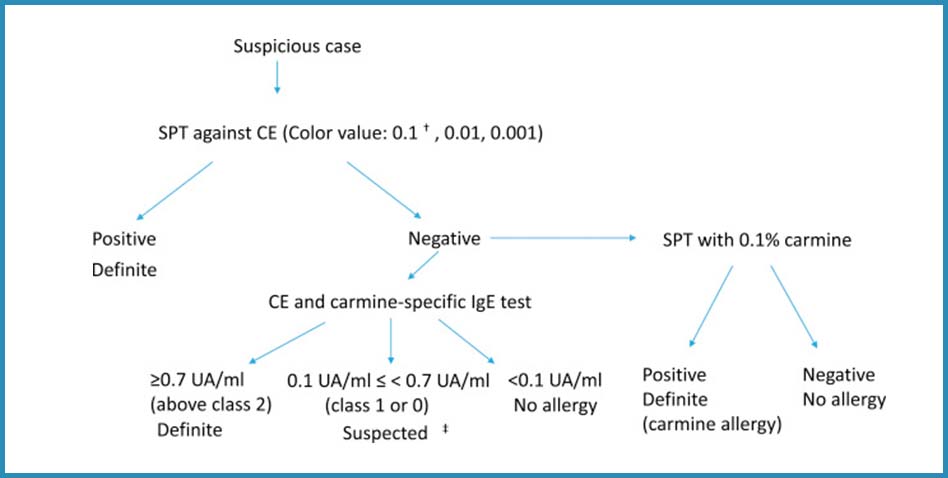