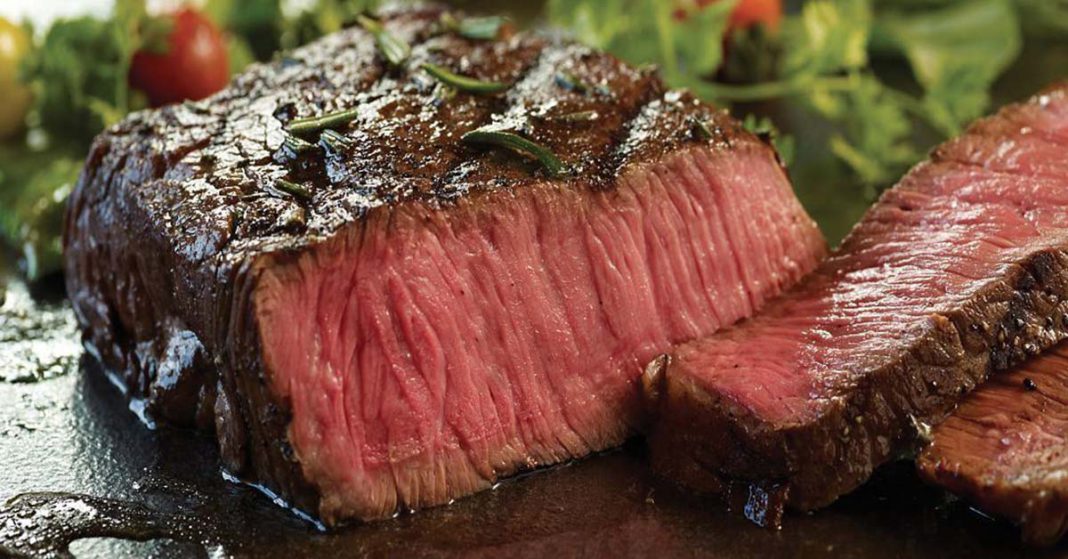 A team of researchers says it has linked sensitivity to an allergen in red meat to the buildup of plaque in the arteries of the heart. While high saturated fat levels in red meat have long been known to contribute to heart disease for people in general, the new finding suggests that a subgroup of the population may be at heightened risk for a different reason – a food allergen. The study, which is supported by the National Heart, Lung, and Blood Institute, part of the National Institutes of Health, appears in Arteriosclerosis, Thrombosis, and Vascular Biology (ATVB), a peer-reviewed journal of the American Heart Association.

“This novel finding from a small group of subjects from Virginia raises the intriguing possibility that allergy to red meat may be an underrecognized factor in heart disease,” said study leader Coleen McNamara, M.D., a professor of medicine in the Cardiovascular Research Center of the University of Virginia Health System, Charlottesville. “These preliminary findings underscore the need for further clinical studies in larger populations from diverse geographic regions and additional laboratory work.”

Only in recent years did scientists identify the main allergen in red meat, called galactose-α-1,3-galactose, or alpha-Gal, a type of complex sugar. They also found that a tick — the Lone Star tick — sensitizes people to this allergen when it bites them. That is why red meat allergies tend to be more common where these ticks are more prevalent, such as the Southeastern United States, but also extending to other areas, including Long Island, New York.

Researchers have suspected for some time that allergens can trigger certain immunological changes that might be associated with plaque buildup and artery blockages, but no one had identified a specific substance that is responsible for this effect. In the current study, researchers showed for the first time that a specific blood marker for red meat allergy was associated with higher levels of arterial plaque, or fatty deposits on the inner lining of the arteries. The blood marker they identified is a type of antibody (immunoglobulin or IgE) that is specific to the alpha-Gal allergen.


Click to visit sponsor
To identify this blood marker, the researchers analyzed blood samples from 118 adults and detected antibodies to alpha-Gal, indicating sensitivity to red meat, in 26 percent of them. Using an imaging procedure, the researchers found that the quantity of plaque was 30 percent higher in the alpha-Gal sensitized patients than in the non-sensitized patients. These plaques, a hallmark of atherosclerosis (hardening of the arteries), also tended to be more structurally unstable, which means that they have an increased likelihood of causing heart attack and stroke.

The evidence for a link between red meat allergens and coronary artery disease is still preliminary, the researchers noted, so they plan to conduct detailed animal and human studies to confirm their initial findings. Currently, the only treatment for red meat allergy once it is diagnosed is strict avoidance of red meat.

“While more studies are needed, the current work provides a potential new approach or target for preventing or treating heart disease in a subgroup of people who are sensitized to red meat,” said Ahmed Hasan, M.D., Ph.D., a medical officer and program director in NHLBI’s Atherothrombosis & Coronary Artery Disease Branch.


Click to visit sponsor
For now, consumers are encouraged to follow current recommendations for a heart-healthy lifestyle. This includes adapting a healthy diet, such as eating plenty of vegetables, fruits, whole grains, and other heart-healthy foods. Lean red meats can be part of a heart healthy diet for those who are not allergic. Other heart-healthy lifestyle changes also include aiming for a healthy weight, managing stress, getting more exercise, and quitting smoking.

Part of the National Institutes of Health, the National Heart, Lung, and Blood Institute (NHLBI) plans, conducts, and supports research related to the causes, prevention, diagnosis, and treatment of heart, blood vessel, lung, and blood diseases; and sleep disorders. The Institute also administers national health education campaigns on women and heart disease, healthy weight for children, and other topics. NHLBI press releases and other materials are available online at https://www.nhlbi.nih.gov.