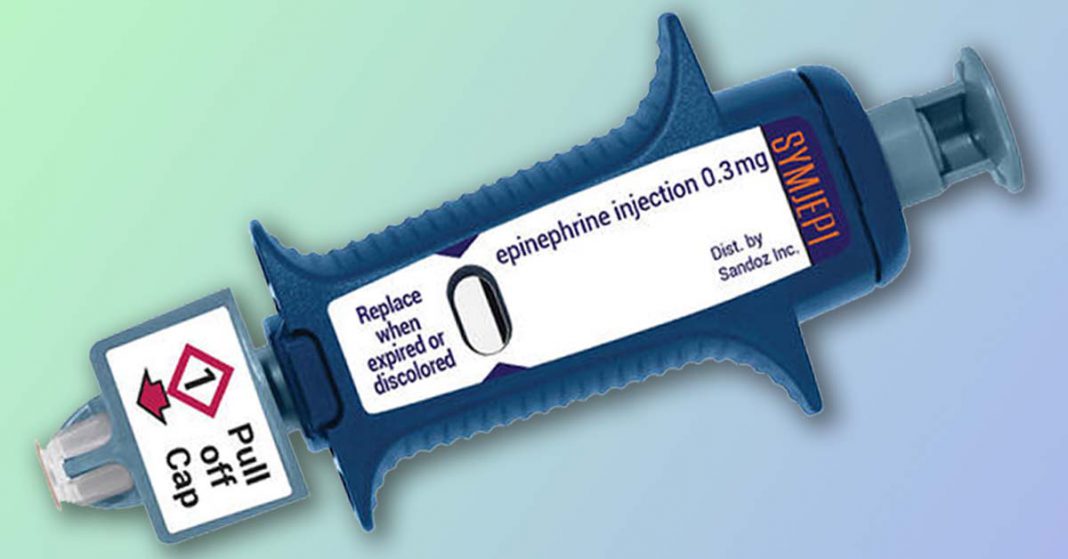 Yesterday, Sandoz announced via press release that the 0.3mg “adult” version of their emergency epinephrine device had launched to the institutional sector. It should be noted that Symjepi is not a traditional auto-injector; it is a prefilled syringe that must be placed and activated by pressing a plunger in a manner similar to other syringes.

According to FiercePharma, the device has launched with a list price of $250 per pair. The price undercuts the list price of EpiPen generics from Mylan and Teva by $50, putting downward pressure on emergency epinephrine pricing.

The list price is what consumers without health insurance pay. Insured consumers may instead pay a lower copay depending on their coverage.

We are awaiting the launch of a consumer site and user video dedicated to Symjepi. Once they become available, we will report here on SnackSafely.com