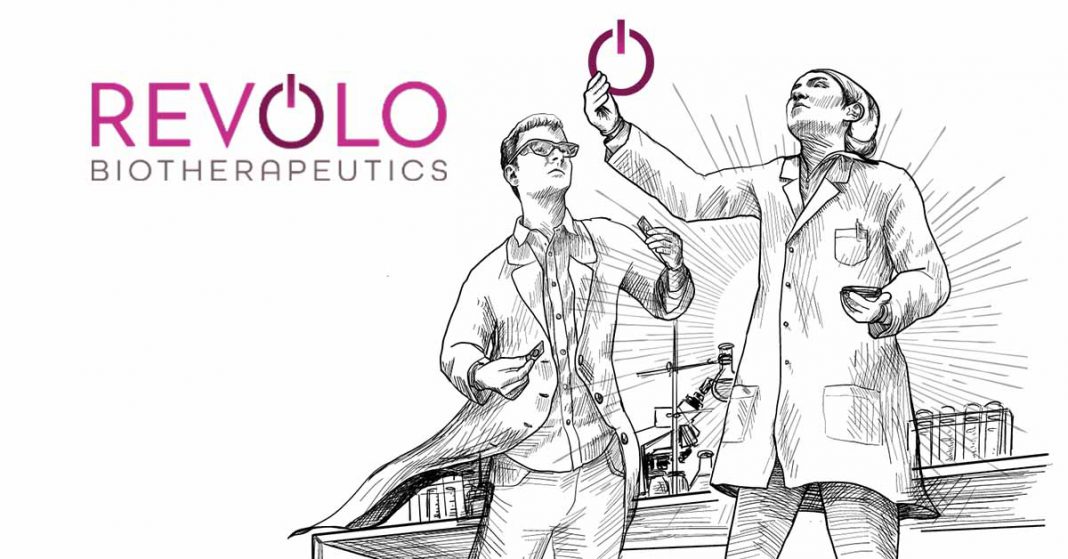 Revolo Biotherapeutics today announced it has activated clinical sites and opened enrollment in its Phase 2 clinical trial evaluating the safety and efficacy of ‘1104, — their therapeutic candidate — in adults with eosinophilic esophagitis (EoE).

EoE is a chronic rare allergic inflammatory disease characterized by difficulty swallowing and gastric reflux, as a result of elevated numbers of inflammatory immune cells in the esophagus that lead to thickening of the esophagus’s walls. There are no approved treatments for EoE. Patients are forced to control their diet and rely on steroid treatments that require frequent chronic dosing and lead to immune system suppression.

‘1104 is a naturally derived, first-in-class immune-regulatory peptide that resets the immune system after a single administration acting ahead of the inflammatory cascade to prevent chronic inflammation. In pre-clinical studies to date, a single dose of ‘1104 increased cells that control inflammation and reduced levels of eosinophils and other inflammatory cells without immunosuppression, showcasing its unique potential to change the treatment landscape for EoE.

Learn more about Revolo’s therapeutic platform in this video:

NEW ORLEANS and LONDON, Oct. 28, 2021 (GLOBE NEWSWIRE) — Revolo Biotherapeutics (“Revolo Bio” or the “Company”), a company developing therapies that reset the immune system to achieve superior long-term remission for patients with autoimmune and allergic diseases, announced today that it has activated clinical trial sites and opened enrollment in a Phase 2 clinical trial evaluating their first-in-class peptide for the treatment of allergic diseases, ‘1104, in patients with eosinophilic esophagitis (EoE).

“This is great progress for our revolutionary company with the initiation of this Phase 2 study that represents a significant milestone in our effort to evaluate the overall potential of ‘1104 to revolutionize the treatment of allergic diseases such as EoE,” said Jonathan Rigby, Chief Executive Officer of Revolo Bio. “We look forward to demonstrating ‘1104’s ability to improve EoE symptoms through the reduction of inflammatory cells such as eosinophils in the esophagus wall. ‘1104 does this via its novel mechanism of action that resets the immune system from a pro-inflammatory state to a regulated homeostatic state, without suppressing the immune system. Currently, there are no approved therapies for people living with EoE. There is a need for effective treatment options, and we are working to complete this study as soon as possible with the goal of providing these patients with an effective medicine to improve the management of their debilitating disease.”

The Phase 2, randomized, double-blind, placebo-controlled trial will evaluate the safety and efficacy of ‘1104 in adults with EoE.

About Eosinophilic Esophagitis (EoE) EoE is a chronic, allergic inflammatory disease that is characterized by the buildup of eosinophils in the lining of the esophagus. Patients with EoE may experience difficulty feeding, poor weight gain and trouble swallowing among other symptoms. In the U.S., about 180,000 children and adults live with EoE. No approved treatments exist, and standard of care includes steroids, which require frequent dosing and are associated with several unwanted side effects, such as immune suppression. Roughly one third of patients do not respond to any available treatments.

About ‘1104 ‘1104 is a first-in-class peptide derived from a natural immune-regulatory protein, mTB Chaperonin 60.1 that is involved in resetting the immune system. Revolo Bio is advancing ‘1104 through two Phase 2 trials: one in patients with eosinophilic esophagitis (EoE) and one in patients with allergen sensitivity, while exploring its potential for other allergic diseases.

About Revolo Biotherapeutics Revolo Biotherapeutics is developing therapies that reset the immune system to achieve superior long-term remission for patients with autoimmune and allergic disease, without the immune system suppression seen with current therapies. Its’ two drug candidates, ‘1805 and ‘1104, a protein and a peptide respectively, reset the immune system by preventing the chronic pro-inflammatory immune response that results in autoimmune or allergic disease. ‘1805 is a modified analogue of a key protein in immune function and is entering further clinical development for moderate-to-severe rheumatoid arthritis and non-infectious uveitis. ‘1104 is a peptide derived from a natural immune-regulatory protein and is entering phase 2 clinical trials for patients with eosinophilic esophagitis (EoE) and allergic disease. The disease-agnostic mechanism of action of Revolo Biotherapeutic’s assets provides a potential platform for the development of treatments for multiple autoimmune and allergic diseases. For further information, please visit www.revolobio.com.