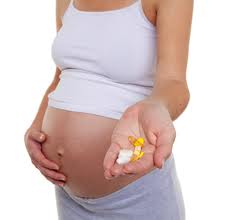 A study published in the February issue of the Journal Allergy concludes that high levels of vitamin D in the blood of expectant mothers correlated with increased incidence of food allergy in their children.

The conclusion was drawn from a new survey conducted by the Helmholtz Centre for Environmental Research (UFZ) and the Martin Luther University in Halle-Wittenberg, Germany of 622 mothers and their 629 offspring. These mothers participated in a prior study between 2006 and 2008 of pregnant women during which their blood and cord blood was drawn and analyzed.

The prior study determined that women with high levels of vitamin D in their blood also expressed higher levels of the vitamin in their cord blood. The subsequent survey then issued questionnaires to asses the occurrence of food-allergy during the first two years of their children’s lives.