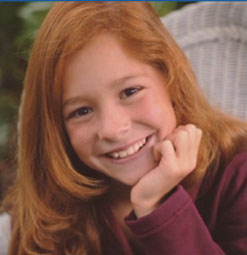 13-year-old Natalie Giorgi is the latest victim of anaphylaxis. The girl, who was described as vigilant regarding her peanut allergy, accidentally ingested a treat containing peanut butter at a celebration at Camp Sacramento in El Dorado County, CA.

After tasting the treat, Natalie realized something wasn’t right and spit it out. Her mother then tasted the treat and determined it contained peanut butter. The girl seemed fine for the first 20 minutes and then began vomiting, had trouble breathing and went into cardiac arrest.

Natalie was rushed to the hospital where she was pronounced dead.

The family reports that Natalie perished despite the administration of three Epipens, a common brand of epinephrine auto-injector. It is not immediately known how soon and by whom the epinephrine was administered after Natalie began displaying symptoms.

Once again, we urge all parents to be vigilant with their children suffering from food allergy, especially teens. Make sure your child never eats an unwrapped food item that hasn’t been cleared by the parent and always make sure to they take two epinephrine auto-injectors along with them each time they leave home. We invite you to print our Take 2 campaign flyers as reminders and display them prominently in your home and child’s school.