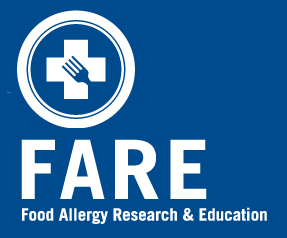 After learning the results of tests performed by SnackSafely.com and the subsequent admission by ContentChecked that their app ignores “may contain” and other cross-contact warnings, Food Allergy Research and Education (FARE) has altered the Corporate Partners page on their website. The advocacy no longer displays language that could be construed as a tacit approval of ContentChecked, replacing it with a general disclaimer that “FARE does not review, test, sponsor, endorse or recommend any products or services that may appear on our website.“

SnackSafely.com continues efforts to reach users of ContentChecked who may be relying on the app to determine the allergy content of foods. In tests, ContentChecked declared a series of common food products “free from peanuts” despite clearly visible “may contain peanuts” warnings on their labels. Users relying on the app put themselves and their children at risk of adverse reactions and anaphylaxis.

The company has so far ignored calls by SnackSafely.com to remove their app from the marketplace until its deficiencies are addressed, instead continuing to advertise that “you can feel confident when you are shopping with ContentChecked.”

A recent video published by the company shows actor Ricky Schroder relying on ContentChecked to determine that a brownie mix is gluten free for one of his dinner guests with dietary restrictions. The video does not disclose that Mr Schroder must also check the label for “may contain” warnings not recognized by ContentChecked to ensure the safety of his guest.

FARE has yet to issue an advisory regarding the ContentChecked app as it does with food products containing undisclosed allergens. ContentChecked poses a similar but opposite hazard to the food allergy community, instead masking potential allergen content that is explicitly declared by manufacturers on the label.

SnackSafely.com is in the process of initiating actions with Consumer Reports, the Better Business Bureau, and the NJ Attorney General’s Office. We urge FARE and other food allergy advocates to reach out to their respective audiences to warn them of the potential hazard reliance on the ContentChecked app poses.