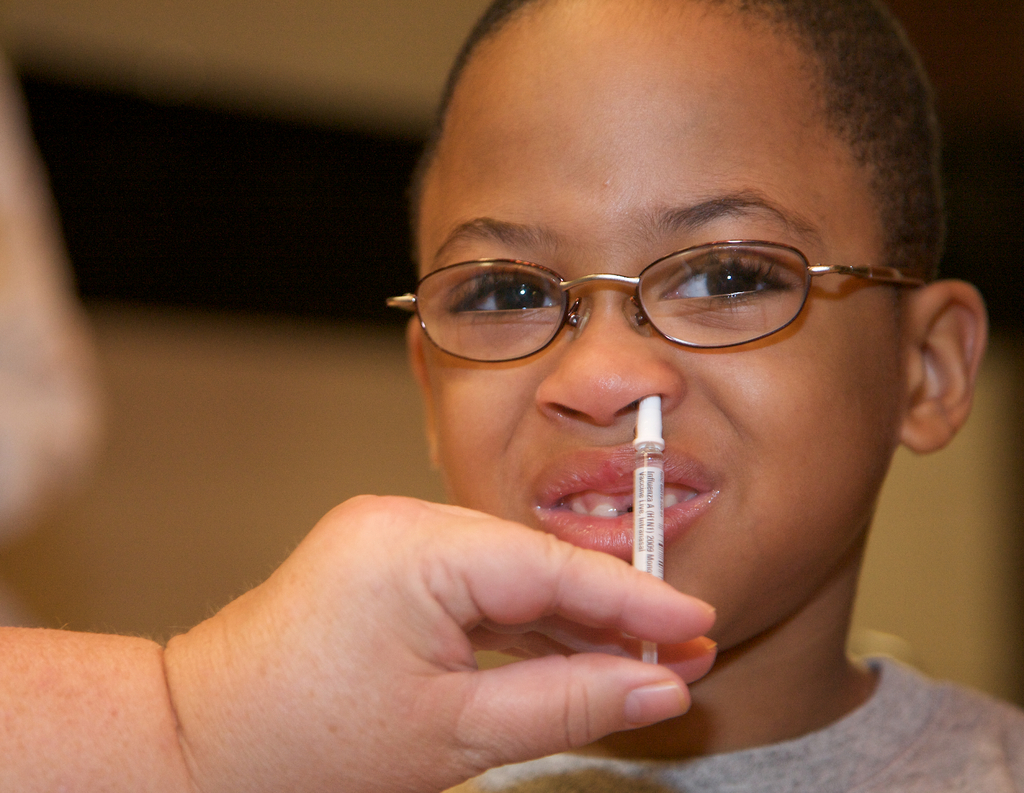 Live Attenuated Influenza Vaccine (LAIV) is an intranasal flu vaccine in widespread use. Since the vaccine contains egg protein, it has been contraindicated for use by children with egg allergy, and North American guidelines also recommend against its use in asthmatic children.

In a British study funded by the Department of Health UK and published in the Journal of Allergy and Clinical Immunology (JACI), 433 doses of LAIV were administered to 282 children with egg allergy, 41% of which had experienced prior anaphylaxis to egg and 67% had a physician’s diagnosis of asthma or recurring wheeze with 51% receiving regular preventer therapy.

There were no systemic allergic reactions reported, though eight children experienced mild, self-limiting symptoms that may have been caused by IgE mediated allergic reactions. None of the episodes required medical intervention beyond routine treatment.

The conclusion, quoted from the study: