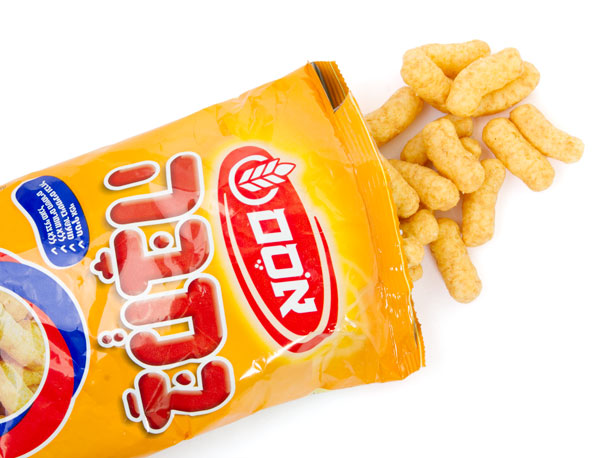 According to a study led by Gideon Lack of King’s College London, babies at higher risk of developing peanut allergies fed the equivalent of four heaping teaspoons of peanut butter each week beginning between 4 to 11 months old were 80% less likely to develop peanut allergies by their fifth birthday.

Lack launched his study after noticing that Israeli children had a much lower incidence of peanut allergy than Jewish children in the UK and US. Israeli parents are known to give their children “Bamba” snacks made of peanut butter and corn at a very young age.

With funding from the US National Institutes of Health, Lack’s team identified 640 babies at risk of developing peanut allergies because they already had developed an egg allergy or eczema. Half the parents were asked to give their children Bamba snacks or peanuts in some other form before their first birthday.

The children in both groups were then followed until they were 5 years old. The result: about 17% of the children that avoided peanuts entirely went on to develop peanut allergies, compared with only 3.2% of the children who consumed peanuts.

Dr Scott Sicherer, advisor to the American Academy of Pediatrics and a well known advocate to the food allergy community:

This is a major study — really what we would call a landmark study. There’s been a huge question about why there’s an increase in peanut allergy and what we can do to try to stem that increase. And this is a study that directly addresses that issue.”

This is a question we get asked constantly in our clinic. When parents come in, they often have young children. They want to know what should they do. This really provides us with the answer. So now I think we’re on firm ground, and we can go forward and look the parents in the eye and say, ‘This is something that will be beneficial.’

Still unanswered is whether the children in the study will lose the benefit after they stop eating peanuts. Lack is following them to determine whether this is the case.

You can hear an excellent NPR report on this subject with quotes from Lack, Sicherer and Sampson here.