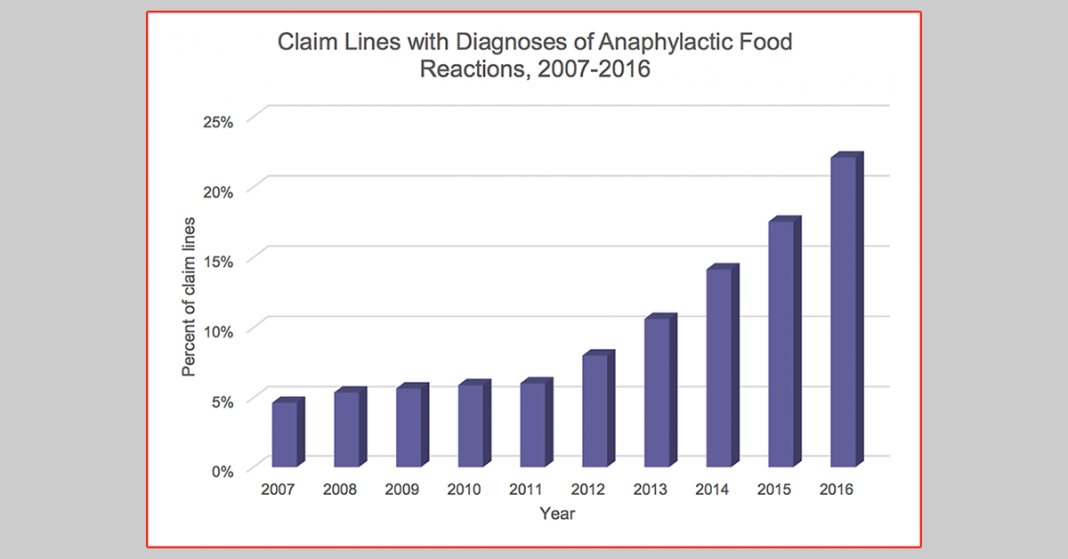 FAIR Health, a national, independent, nonprofit corporation whose mission is to bring transparency and clarity to healthcare costs and health insurance, issued a report based on their analysis of over 23 billion privately billed healthcare procedures to shed light on recent trends and patterns in food allergies and the anaphylactic reactions that can result from them.

According to their research, private claim lines (the individual procedures or services listed on an insurance claim) with diagnoses of anaphylactic food reactions climbed 377% nationwide from 2007 to 2016.

Among specifically identified foods causing anaphylaxis, the most common were: 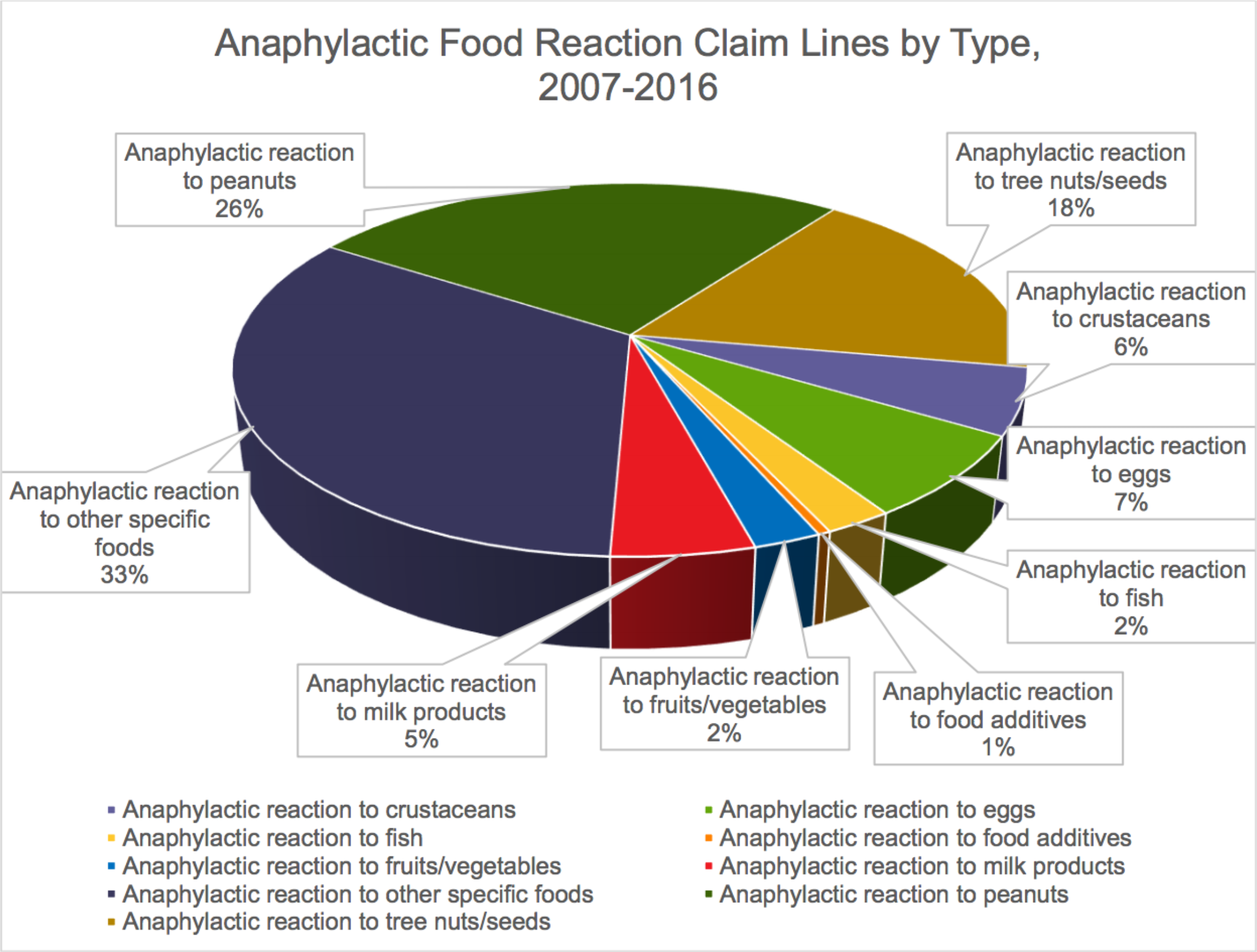 In 2016, the incidence of billing with the other specific foods diagnosis code decreased,
which was probably due to better training in the use of diagnostic codes and the great quantity of educational information about food allergies that has been disseminated over the years. Claim lines associated with anaphylaxis due to other specific foods did not increase as much as anaphylactic food reactions attributed to a specific food or food category, with only a 71% increase from 2007 to 2016. By comparison, claim lines with diagnoses of peanut anaphylactic reactions increased 445% and those with diagnoses of tree nuts/seeds anaphylactic reactions increased 603%.

Despite evidence from other studies that childhood allergies are more prevalent in rural areas, FAIR Health’s data analysis shows that the increase in claim lines withdiagnoses of history of food allergy was greater in rural (110%) than urban (70%) areas.

Claim lines across age groups broke down as follows: 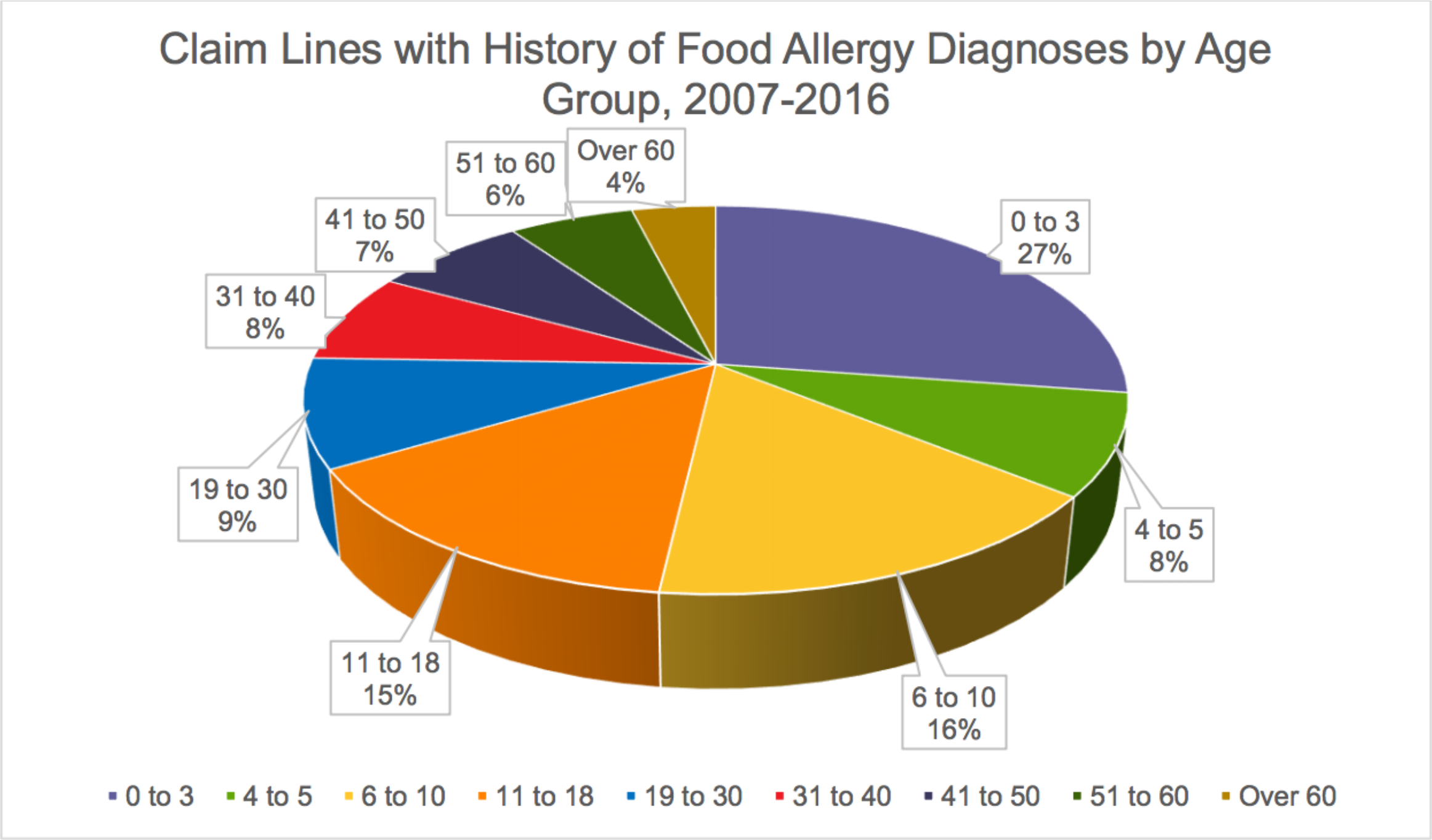 “This is an incredibly important study,” says James Baker, chief executive officer and chief medical officer for the Food Allergy Research & Education (FARE… no affiliation with FAIR Health). “Clearly our own information suggests that not just the frequency of people having food allergy but the severity of food allergy in individuals has increased dramatically.”

FAIR Health has promised to issue a white paper in October after digging deeper into the data. We’ll follow up when the report is issued.