Have Researchers Found a Way to Prevent Allergic Reactions Before They Happen? 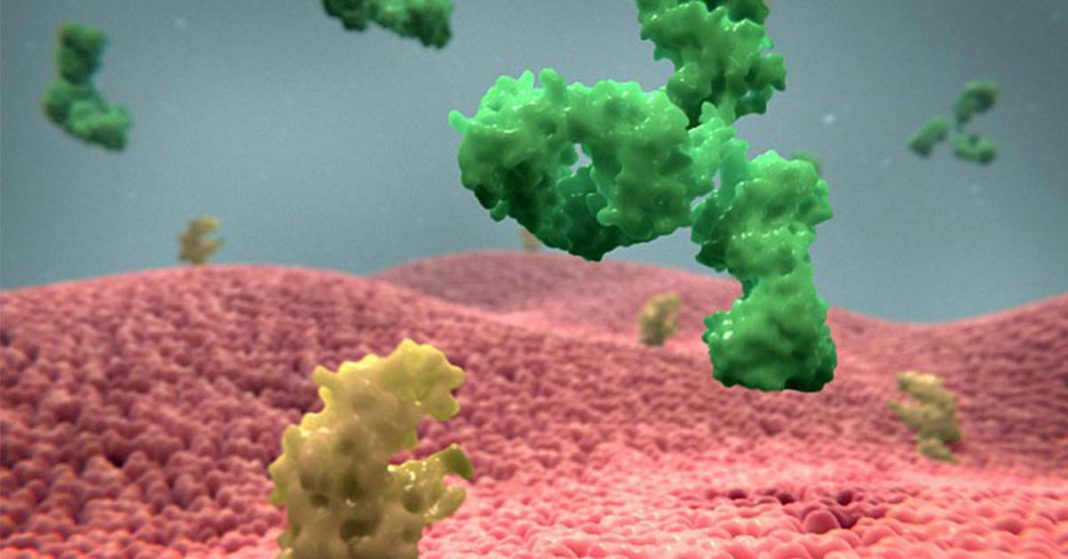 Researchers from Aarhus University in Denmark believe they have found a way to stop allergic reactions from happening by disrupting the chain of events that lead to reactions in the first place.
To understand what they’ve done, let’s look at a typical allergic reaction.
Allergic reactions occur when the body mistakes a benign protein, like tree pollen or milk, for an invader that can cause the body serious harm. The immune system produces huge quantities of an antibody called immunoglobulin E (IgE) which fan out and attach to immune cells responsible for releasing chemicals that attack the (supposed) invaders. It’s these chemicals – one of which is histamine – which causes the symptoms of an allergic reaction ranging from a runny nose to deadly anaphylaxis.


Click to visit sponsor
But what if those IgE antibodies were prevented from binding to the immune cells in the first place? Those chemicals would never be released and the symptoms of the reaction never would be triggered.
That’s exactly what the researchers believe they have discovered: a way to disrupt the usual reaction pathway by preventing the IgE molecule from binding. More specifically, they’ve found an antibody that binds to CD23 and FcεRI receptors before IgE can, thus “short circuiting” the allergic response.
“Once the IgE on immune cells can be eliminated, it doesn’t matter that the body produces millions of allergen-specific IgE molecules. When we can remove the trigger, the allergic reaction and symptoms will not occur,” said Edzard Spillner, Associate Professor at the Department of Engineering, Aarhus University and senior author of the study.

Click to visit sponsor
The researchers used blood samples from people diagnosed with birch pollen and insect venom allergies, exposing them to their antibody, 026 sdab. It took only 15 minutes to disrupt the interaction between the allergy molecules and the immune cells, and the researchers say their method can be adapted to treat virtually all allergies and asthma.
Unlike most therapeutic antibodies already available on the market, the new antibody does not necessarily have to be injected into the body. Because of its chemical structure, it might be inhaled or swallowed, and these new consumption methods will make easy, cheap and much and more comfortable for the patients to handle.

Click to visit sponsor
There’s still significant work to be done to prove that a therapy based on their work will be safe and efficacious in humans, but the research offers new avenues for developing drugs that disrupt reactions before they occur.
“Our description of the 026 sdab mode of action is likely to accelerate the development of anti-allergy and asthma drugs in the future,” the researchers write in their study, published in the journal Nature Communications.
Sources:
Print or share this article
Print
Mail
Tweet
Plus
Share
Share
Facebook
Twitter
Pinterest
Linkedin
WhatsApp
ReddIt
Mix
Email
Print
Click to visit sponsor
Previous articleSafe Snack Guide Valentine's 2018 Edition
Next articleInstitute Receives $5M Grant to Study Personalized Treatments for Peanut Allergy