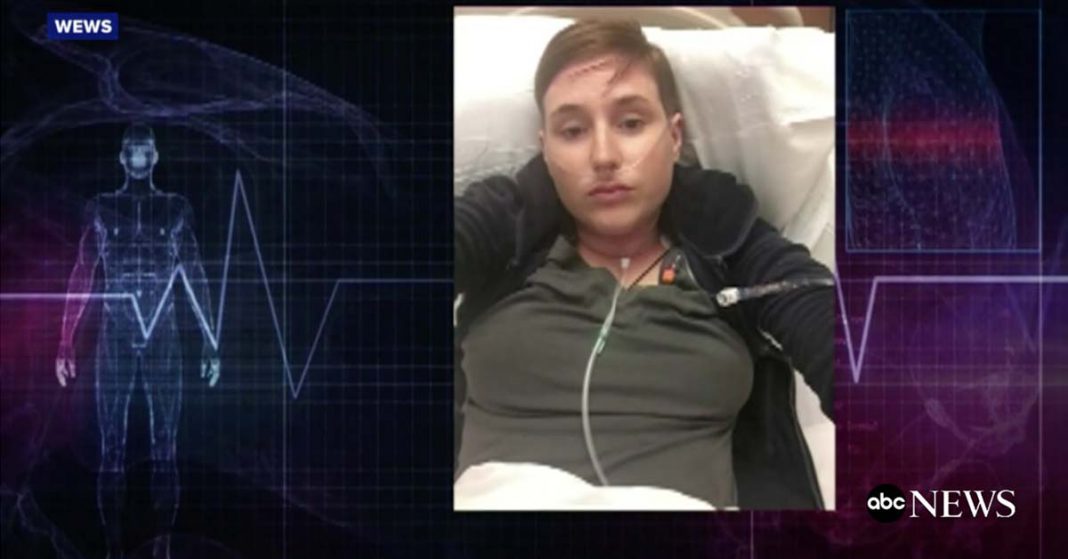 ABC News issued this harrowing report of a 28 year-old woman who suffered anaphylactic shock Saturday on a flight from Philadelphia to Cleveland where she was traveling for treatment of eosinophilic granulomatosis with polyangiitis (EGPA), a rare, autoimmune disease.
After eating a bag of chips, Ashley Spencer, who suffers from a peanut allergy, began experiencing symptoms of anaphylaxis and subsequently stopped breathing.
Flight attendants called out to passengers seeking medical help. Dr Erich Kiehl a fellow at the Cleveland Clinic that so happened to be Spencer’s destination, and another doctor attended to her. Kiehl administered four EpiPens to Spencer during the course of the episode.