Not Just Ticks: Allergists Warn that Chigger Bites May Cause Allergic Reaction to Red Meat 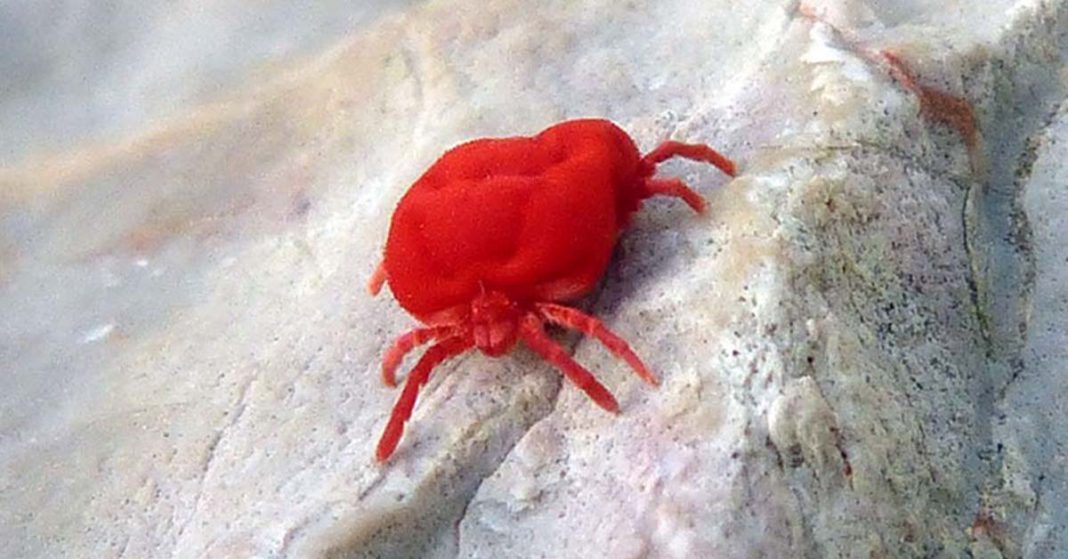 August 30, 2018
Chiggers, redbugs, harvest mites – whatever you call them, they are pesky little bugs whose bites cause really itchy rashes, usually around the ankles and waistline.
In addition to being uncomfortable and annoying, these bites may also cause a relatively rare allergic reaction to red meat known as alpha-gal, according to doctors at Wake Forest Baptist Medical Center.

Although the medical community has known for the past five to 10 years that ticks can cause this allergy, case studies from Wake Forest Baptist and the University of Virginia (U.Va.) suggest that chigger bites also may be responsible. The paper is published in the current issue of The Journal of Allergy and Clinical Immunology: In Practice.


Click to visit sponsor
“If a patient comes in telling me they ate red meat for dinner and then hours later woke up with anaphylaxis, I suspect an alpha-gal allergy,” said lead author Russell Scott Traister, M.D., Ph.D., assistant professor of pulmonary, critical care, allergy and immunologic diseases at Wake Forest Baptist.

“With those symptoms, doctors usually ask if the person has had a tick bite recently. But we started seeing patients with the same symptoms who said they hadn’t had a tick bite, only chigger bites.”

This allergy is a reaction to a carbohydrate molecule on mammalian meat – beef, pork, venison, etc. – called alpha- gal. However, unlike most allergic reactions that happen within minutes, a reaction to alpha-gal occurs after three to six hours. The only cure is to avoid all mammalian meat, Traister said.

In addition to case studies seen at Wake Forest Baptist, Traister cited results reported by U.Va. from 311 patients who had answered a questionnaire about exposure to tick or chigger bites before developing an alpha-gal allergy. Of the 301 who reported either tick or chigger bites in the past 10 years, 5.5 percent reported a history of chigger bites, but no tick exposure.


Click to visit sponsor
Further studies are needed to determine if the alpha-gal molecule is in the gastrointestinal tracts of chiggers to confirm that they, as well as ticks, can cause mammalian meat allergy.
“In the meantime, we want allergists to be aware that patients may report chigger bites, and based on that fact alone should not dismiss alpha-gal sensitization as a possible diagnosis,” Traister said.