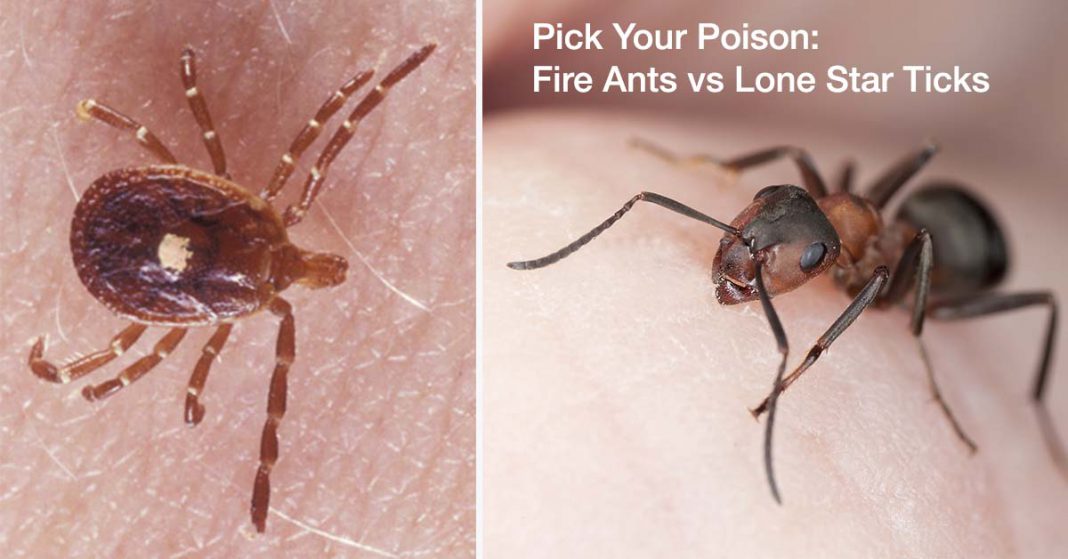 The plot is reminiscent of the 1964 Japanese epic “Mothra vs Godzilla”, a dystopian science fiction movie that ends with much of Nagoya in ruins. But what else would you expect in 2020?

As we have previously reported, the lone star tick is spreading across the south, east, and mid-west of the United States. Among other illnesses, the bite of this pest is known to cause alpha-gal syndrome, an allergy to a sugar found in mammalian meat including beef and pork. A patient that contracts alpha-gal could suffer serious reactions — even life-threatening anaphylaxis — minutes or hours after consuming red meat.

Researchers at the University of Virginia wanted to learn more about the alpha-gal and the spread of the lone star tick, but their research took a turn for the weird.

After collecting data from allergists in 44 states, they discovered an anomaly in the Gulf Coast region where the incidence of alpha-gal should have been much higher according to their models. Searching for an answer, they noticed an inverse relationship between the number of alpha-gal sufferers and treatment for bites from fire ants invading from the south.

Fire ants themselves are nasty pests whose bites can cause serious reactions including anaphylaxis. They were introduced to the southern US from South America sometime in the 1930’s, but their range has since exploded with the warming of the climate, spreading steadily northward as the lone star tick’s range spreads westward.

“We did not set out to study fire ants, but when the number of alpha-gal cases in the Gulf Coast was consistently lower than we expected, the fire ant emerged as an interesting explanation,” said UVA researcher Behnam Keshavarz, PhD, co-first author the study.

Researchers are not sure why the presence of fire ants limits the population of the lone star tick, but they surmise the ant is either preying upon the tick or somehow competing for resources. In any event, the prospect of either pest is daunting as the habitats for both spread across the US.

So pick your poison: Would you prefer allergy to red meat or severe reactions from fire ant bites? Welcome to 2020.

To learn more about how to protect yourself from the lone star tick and alpha-gal syndrome, see our article: Q&A: Everything You Need to Know About Alpha-gal Syndrome, the Meat Allergy You Can ‘Catch’.
Sources:
Print or share this article
Print
Mail
Tweet
Share