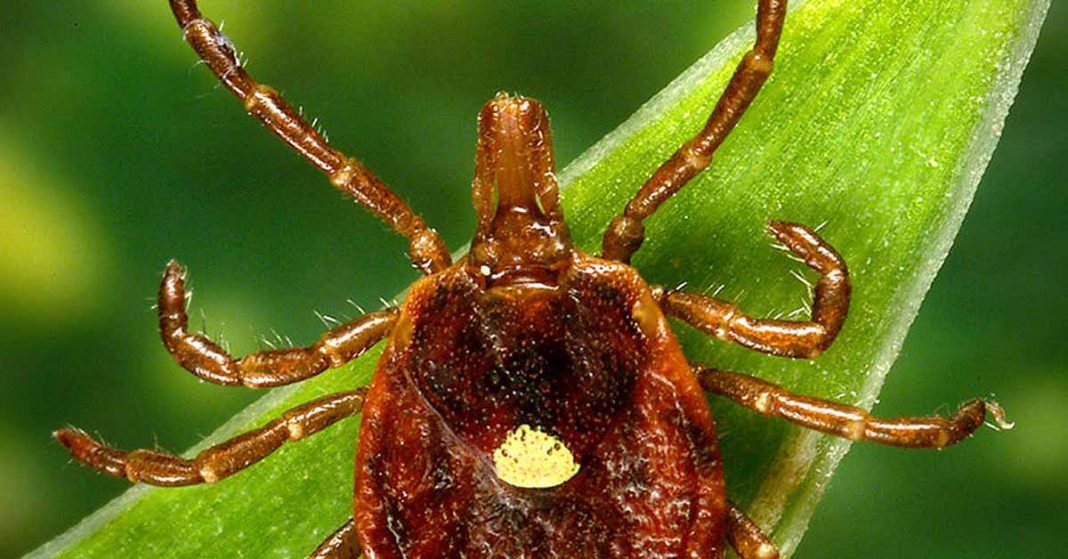 What is alpha-gal syndrome?

Alpha-gal syndrome is a recently identified type of food allergy to red meat. It triggers an immune system reaction that later produces mild to severe allergic reactions when a person with alpha-gal syndrome eats red meat.

Researchers now believe that some people who have frequent, unexplained anaphylactic reactions — and who test negative for other food allergies — may be affected by alpha-gal syndrome. [Source: Mayo Clinic]

What are the symptoms of alpha-gal syndrome?

As with other food allergies, signs or symptoms of an allergy to alpha-gal may include:

The most severe reaction, anaphylaxis, can present as a combination of several of these symptoms, may include low blood pressure, and is potentially fatal.

Because these symptoms are delayed, you may only wake up with them in the middle of the night after an evening meal. [Source: AAAAI]

How is alpha-gal syndrome transmitted?

Alpha-gal is a molecule carried in the saliva of the Lone Star tick and other potential arthropods typically after feeding on mammalian blood. People that are bitten by the tick, especially those that are bitten repeatedly, are at risk of becoming sensitized and producing the IgE necessary to then cause allergic reactions.  [Source: AAAAI]

What areas of the US are affected by alpha-gal syndrome?

The incidence of tick bites is much higher in the southern and eastern US, the traditional habitat for the tick. However, cases are now increasingly reported in the northern and western states. And it is a phenomenon that has been observed worldwide, with different ticks responsible for similar cases of red meat allergy in many other countries such as Sweden, South Africa and Australia. [Source: AAAAI]

What are the triggers of reactions in alpha-gal syndrome?

This list of medications includes antibodies derived from animals, like rattlesnake anti-venom. It also includes products that contain gelatin, like certain vaccines or gel-based products. Heart valves that are harvested from pigs and used to replace a failed valve have also been reported to cause reactions or a more rapid breakdown of the valve in alpha-gal allergic patients. [Source: Vanderbilt University]

How is alpha-gal syndrome diagnosed?

Diagnosis of this allergy starts with your allergist taking an appropriate history and physical examination. Because the onset is usually quite delayed, it can be hard to associate the symptoms with eating red meat many hours previously. Triggers include any red meat – including beef, pork, lamb or even horse products. It may occur after eating hotdogs and hamburgers. In very rare cases the reaction may extend to milk or dairy proteins and gelatin.

Your allergist may recommend testing that includes skin tests to the relevant animal proteins and blood tests that measure the levels of a specific immunoglobulin E (IgE) antibody to mammalian meats. An investigational blood test, IgE against alpha-gal itself, may also aid in the diagnosis. [Source: AAAAI]

How is alpha-gal syndrome treated?

As with any food allergy, alpha-gal syndrome treatment involves avoiding the foods that cause your reaction. Always check the ingredient labels on store-bought foods to make sure they don’t contain red meat or meat-based ingredients. Check soup stock cubes, gravy packages and flavor ingredients in prepackaged products. Ask your doctor or allergist for a list of foods to avoid, including meat extracts used in flavoring. The names of some ingredients make them difficult to recognize as meat based.

Use extra caution when you eat at restaurants and social gatherings. Many people don’t understand the seriousness of an allergic food reaction, and few realize meat allergies even exist and that even a small amount of red meat can cause a severe reaction.

If you are at all worried that a food may contain something you’re allergic to, don’t try it. Come prepared to social events to avoid the risk of exposure. For example, if you’re attending a party where guests prepare food on a shared cooking surface, bring your own pre-cooked food.

For a severe allergic reaction, you may need an emergency injection of epinephrine and a visit to the emergency room. Many people with allergies carry an epinephrine auto-injector (EpiPen, Auvi-Q, others). This device is a syringe and concealed needle that injects a single dose of medication when pressed against the thigh. Once you’ve been diagnosed with alpha-gal syndrome, your doctor or allergist likely will prescribe an epinephrine auto-injector. [Source: Mayo Clinic]

How do I protect myself from developing alpha-gal syndrome?

Before You Go Outdoors

Know where to expect ticks. Ticks live in grassy, brushy, or wooded areas, or even on animals. Spending time outside walking your dog, camping, gardening, or hunting could bring you in close contact with ticks. Many people get ticks in their own yard or neighborhood.

After You Come Indoors

Check your clothing for ticks. Ticks may be carried into the house on clothing. Any ticks that are found should be removed. Tumble dry clothes in a dryer on high heat for 10 minutes to kill ticks on dry clothing after you come indoors. If the clothes are damp, additional time may be needed. If the clothes require washing first, hot water is recommended. Cold and medium temperature water will not kill ticks.

Examine gear and pets. Ticks can ride into the home on clothing and pets, then attach to a person later, so carefully examine pets, coats, and daypacks.

Shower soon after being outdoors. Showering within two hours of coming indoors has been shown to reduce your risk of getting Lyme disease and may be effective in reducing the risk of other tickborne diseases. Showering may help wash off unattached ticks and it is a good opportunity to do a tick check.

Any observed ticks should be removed carefully by cleaning the site with rubbing alcohol, then using tweezers to pull the tick’s head up carefully from the skin using steady pressure. Clean your hands and the site one more time and make sure not to crush the tick between your fingers. [Source: AAAAI]