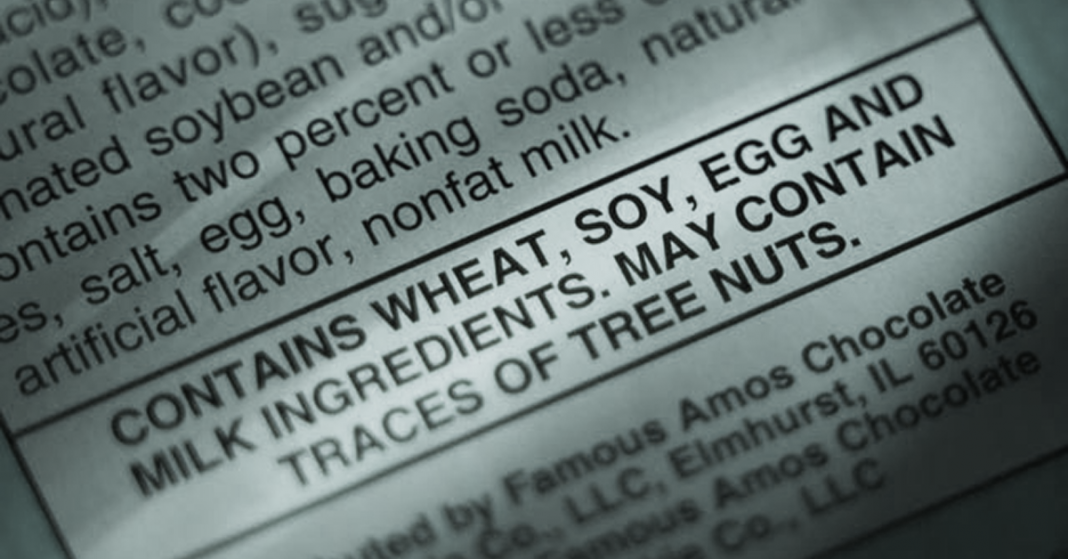 Current regulations regarding allergen labeling stem from the Food Allergen Labeling And Consumer Protection Act (FALCPA) of 2004 which took effect in 2006. FALCPA established the “Top 8” allergens that accounted for 90% of food allergies at the time and mandated they must be listed as ingredients on the label: peanuts, tree nuts, milk, eggs, soy, wheat, fish, and crustacean shellfish.

But they dropped the ball by mandating these allergen disclosures be made in either of two ways, injecting unnecessary ambiguity that confuses consumers to this day.

This forces the consumer to scan a difficult to read ingredient list to determine whether their Top 8 allergen of concern is an ingredient of the product.

The second option is to place the word “Contains” followed by the name of the food source from which the major food allergen is derived, immediately after or adjacent to the list of ingredients. For example:

Mandating the “Contains” statement would eliminate the ambiguity and make it easier for consumers to determine whether a Top 8 allergen is an ingredient of the product.

Next: Mandate a “Top Allergens Processed in Facility” statement