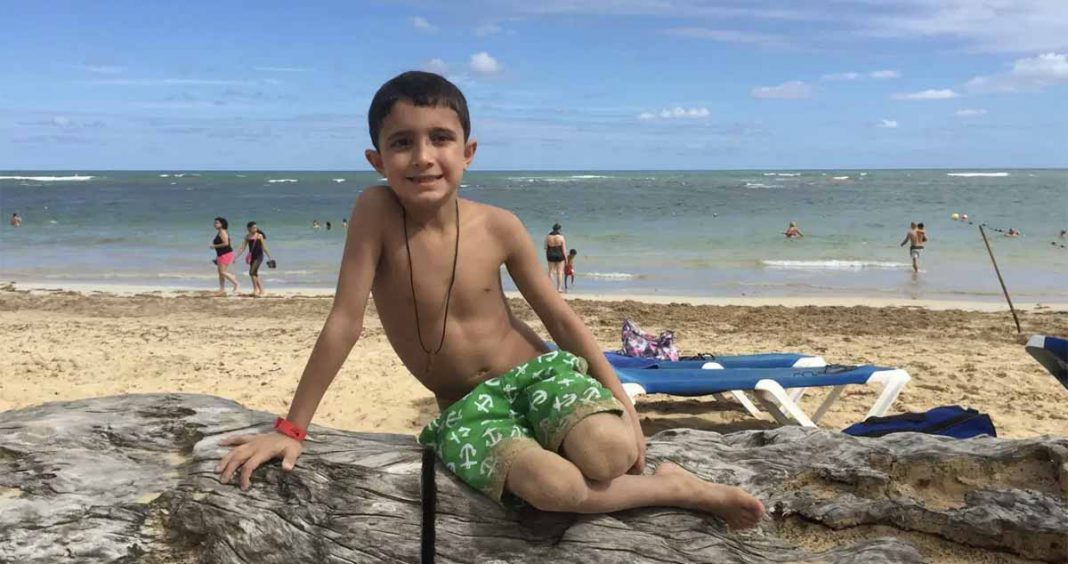 Back in 2015, Cameron Wahid, a 7-year-old boy on vacation with his family on the Amalfi Coast of Italy, ordered spaghetti from the La Margherita Villa Giuseppina, a local restaurant.

Concerned about Cameron’s severe milk allergy, his parents warned the staff at the restaurant that special care needed be taken to avoid any contact with milk or dairy. They were assured their son’s dish would be safe.

A short time later, after the family boarded their tour bus, Cameron went into anaphylactic shock and suffered cardiac arrest. His mother Cassandra, a nurse, administered his epinephrine auto-injector, but her son died three days later in a hospital in Naples.

The tomato sauce Cameron had eaten was made with milk.

At an inquest into Cameron’s death in Horsham yesterday, Assistant Coroner Lisa Milner ruled Cameron died as a result of eating milk or a milk product.

I’m satisfied that Cameron died on October 30 from hypoxic brain injury and cardiac arrest after consuming milk or a milk derivative.

Prior to ordering, the family had made the restaurant aware of his severe allergy but the meal contained milk or derivative which caused the brain injury and anaphylactic shock resulting in his death.

Mel Doyle, an officer with the coroner’s office testified that Cameron’s parents were aware of the severity of their son’s allergies and had informed staff at the restaurant.

His parents told staff about Cameron’s dairy allergy and were reassured there was nothing in their food that would affect him.

The staff spoke English and understood what the family were telling them.

Cameron ate about four mouthfuls of homemade pasta with tomato sauce, then said he didn’t like the taste. Within ten minutes he started complaining of feeling unwell.

At the time, authorities in Italy charged the restaurant manager, chef and waiter following Cameron’s death. The manager died before the case was brought to trial and the chef was cleared of wrongdoing.

In 2019, a court in nearby Salerno found waitress Ester Di Lascio guilty of culpable manslaughter for not properly highlighting potential allergic reactions from items on the menu. She received a two-year suspended jail term which was reduced to 12 months on appeal.

Prior to his allergic reaction, we were assured by the waiting staff that the food was safe for him.

To see him going into anaphylactic shock and suffering like that was undoubtedly the worst experience of our lives.

He was such a lovely little boy, and always brightened up our days.

We feel his death was avoidable and we are still struggling to come to terms with him not being here anymore.

We know nothing will bring him back, but we want to help stop others from suffering the pain we continue to feel.

People need to know how serious allergies can be, and we will continue to work in raising much-needed awareness.

We are grateful that the case is now at an end, and want to thank everyone for all the support we have had.

For us, everything has been about using the criminal trial process in Italy to ensure that justice was obtained for Cameron, which we have done, as well as to establish facts and ensure lessons are learned so that others don’t have to suffer like we have.

Mr Wahid is now an ambassador with Allergy UK, a leading allergy non-profit in the United Kingdom.

Our hearts go out to Cameron’s parents who were forced to relive the tragedy at the inquest. We wish them strength and solace and hope the conclusion of the proceedings brings them some modicum of closure.

As we often do when reporting on such tragedies, we look for strategies others might employ to prevent similar occurrences in the future. Here are the strategies we suggested when we first reported this story.

First and foremost, understand that it’s difficult to ensure a meal will be prepared safely when dining locally. That risk is compounded when traveling abroad, especially in a country where English is not the primary language.

Consider avoiding restaurants where your allergens of concern are used in the kitchen when possible. For some allergens, like peanuts or sesame, that may be easier than for others.

When traveling abroad, it is incumbent upon you to make sure your allergen concerns are fully understood and appreciated. Talk to the management, wait staff, and chef and make sure they can communicate back your concerns. If there is a communication gap or you feel the staff is unable or unwilling to accommodate you, leave.

Consider using allergy communication cards in the native language to ensure your concerns are properly conveyed and understood. You will find a number of options online including those from Equal Eats.

As always, make sure you have at least two epinephrine auto-injectors on hand with you at all times, and be sure to administer one as soon as you suspect anaphylaxis. Then call emergency services and visit the emergency department regardless of whether or not the patient feels better.

Last but not least, consider mapping out hospitals along your planned route before you embark on your trip. It may sound like overkill, but knowing where to get help and not having to make yourself understood in a foreign country during an emergency can save precious time.

Source: Family of British boy, seven, battled to save him when he suffered allergic reaction after eating pasta during an Italian holiday, despite reassurances from restaurant staff it contained no dairy products, inquest hears — Daily Mail