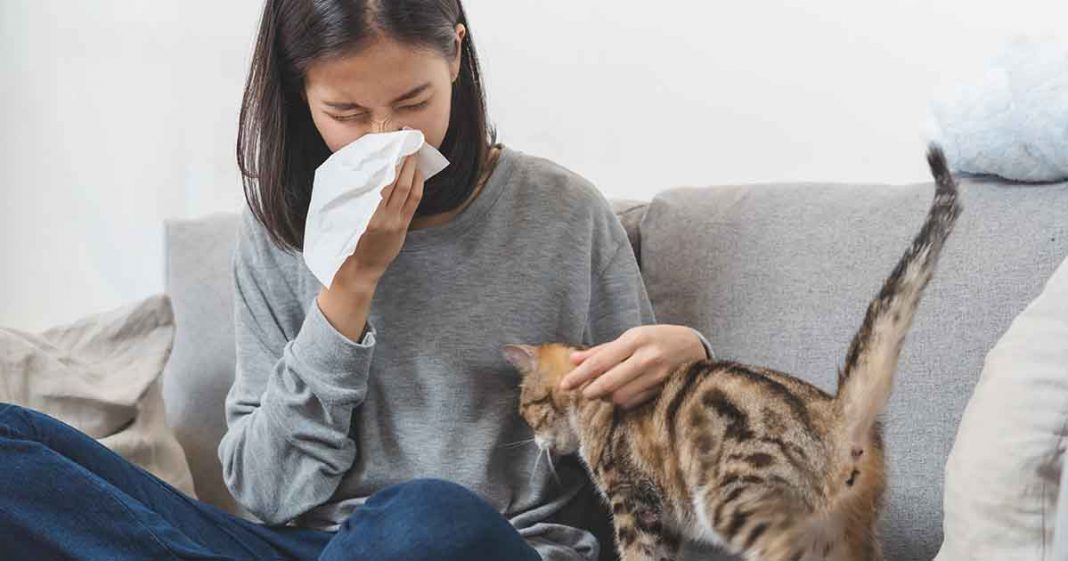 An experimental approach that combines cat allergy shots with a monoclonal antibody led to more effective relief that continued a year after treatment ended.

This approach might also be effective for other types of allergies, including food allergies

For people with cat allergies, exposure to these furry creatures can lead to stuffy nose, sneezing, scratchy throat, itchy rashes, and sometimes even trouble breathing. These unpleasant responses arise because the allergic person’s protective immune system overreacts to harmless cat proteins, mistaking them for dangerous disease-causing microbes. Proteins that can cause immune reactions, called antigens, are found in cat skin, saliva, and urine, and can be carried on cat hair and dander.

One form of treatment to reduce such allergic reactions has long been allergen immunotherapy, or allergy shots. Allergy shots gradually expose the body to increased doses of cat antigens. This causes the immune system to eventually tolerate the harmless cat proteins. But the treatment often requires shots every week or two for up to a year, followed by monthly shots for at least three years. And allergy shots don’t work for everyone.

A research team led by Dr. Jon Corren of UCLA tested to see if adding a monoclonal antibody called tezepelumab to standard therapy could improve results. Tezepelumab blocks the action of a cell-signaling molecule called thymic stromal lymphopoietin (TSLP). TSLP has been linked to asthma and well as other allergic diseases.

The researchers enrolled 121 adults, ages 18 to 65. All had a history of cat allergies. Participants were randomly assigned to one of four treatment groups. One group received approximately monthly infusions of tezepelumab plus weekly, then monthly cat allergy shots for nearly a year. The other groups received similarly scheduled doses of tezepelumab plus inactive placebo shots, placebo infusions plus allergy shots, or placebo infusions and shots.

Participants were followed for a year after treatment ended. Results appeared on October 11, 2022, in the Journal of Allergy and Clinical Immunology.

To test how well each regimen worked, the researchers gave participants spritzes of a nasal spray containing cat allergen extract. They then measured nasal symptoms and air flow through the nose from five minutes to up to five hours later.

The findings suggest that inhibition of TSLP enhances the effectiveness of standard allergy shots. The combination therapy also offers some lasting protection. The researchers are working to better understand how the combination therapy works. In addition, plans are underway to assess the effectiveness of tezepelumab plus oral immunotherapy for food allergy.

“People with chronic allergy symptoms may suffer from reduced productivity and quality of life,” says Dr. Anthony S. Fauci, director of NIH’s National Institute of Allergy and Infectious Diseases. “Developing allergen immunotherapy regimens that work better and more quickly than those currently available would provide much-needed relief for many people.”