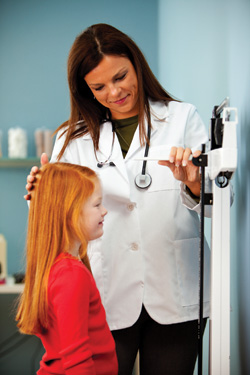 Diets for food-allergic children that are restricted to avoid allergens may impair their growth, researchers reported Monday at the annual conference of the American Academy of Allergy Asthma & Immunology.

In a retrospective chart review, food-allergic children older than 2 years were found to be in significantly lower percentiles for weight and body mass index than their counterparts with normal diets, according to Caroline Hobbs, MD, of the University of North Carolina, Chapel Hill, and her colleagues.

Children with known food allergies are generally treated with avoidance diets. Though this is common practice, few studies have been conducted to uncover the associations between these diets and children’s growth.

The study also showed that children with a greater number of allergies had significantly lower weight than those with one or two.

The study analyzed the charts of 5,037 children ages 1 month to 11 years that were evaluated at UNC clinics over a 5-year period, comparing 245 children with food allergies against the others.