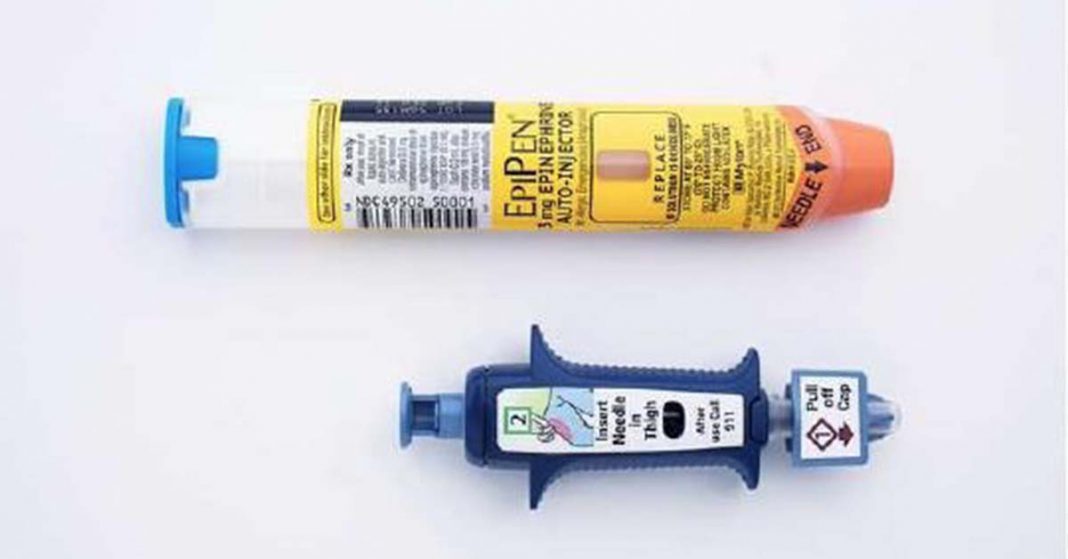 
Click to visit sponsor
The study recruited 34 untrained adolescents (17 boys, 17 girls) aged 12 to 17 who had no prior knowledge of administering epinephrine. They were handed Symjepi devices filled with saline and EpiPen trainers and provided no other information than the instructions for use provided on the device and where on the body to use them.
In the first cohort, 17 participants were each given Symjepi first, then EpiPen, and in the final cohort, 17 participants were given the devices in the opposite order. The participants were instructed to administer the devices in accordance with the instructions on the label.

Click to visit sponsor
Of the 34 applications of the Symjepi, there were no use errors, i.e. each application was administered as expected. In contrast, there were four errors administering the EpiPen: three were observed using the device upside down which would have resulted in injecting their thumb, while one failed to keep the device in place for the recommended amount of time which would have resulted in an insufficient dose of epinephrine being administered.
In summary, the study showed a significantly higher failure rate for the EpiPen trainer (12%) than for the Symjepi device (0%).
Source: Human factors study in untrained adolescents comparing an epinephrine prefilled syringe (symjepi™) with EpiPen® autoinjector – Annals of Allergy, Asthma & Immunology
Print or share this article
Print
Mail
Tweet
Share
Print or share this article
Print
Mail
Tweet
Share
Click to visit sponsor
Previous article
Food Allergy 101: What That Customer Service Response REALLY Tells You
Next article
Resources for Free-From Easter Products