Is 120 Years of Breeding Wheat Responsible for the Rise in Celiac Disease, Gluten Allergies, and Intolerance? 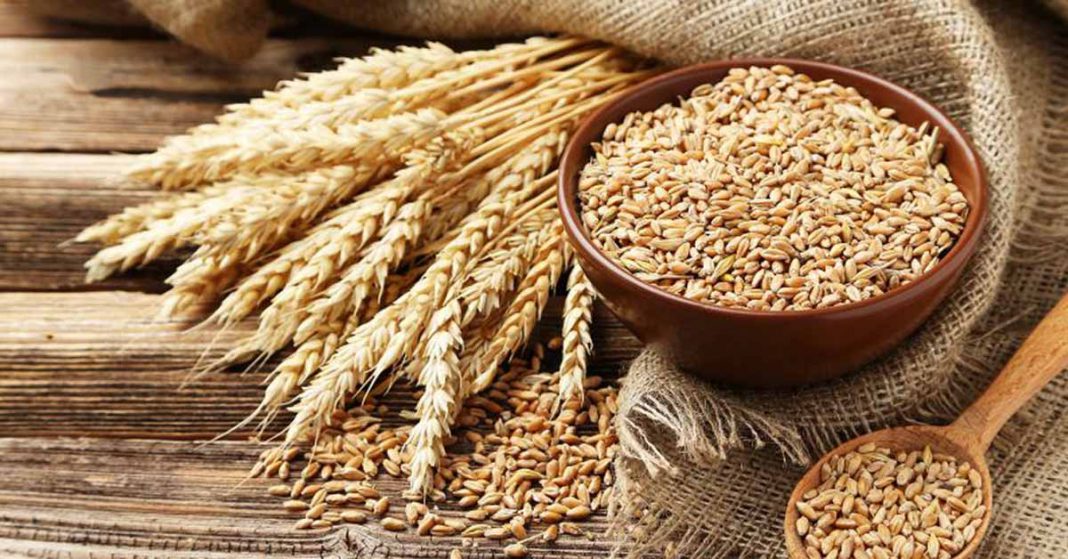 In recent years, the number of people affected by coeliac disease, wheat allergy or gluten or wheat sensitivity has risen sharply. But why is this the case? Could it be that modern wheat varieties contain more immunoreactive protein than in the past? Results from a study by the Leibniz-Institute for Food Systems Biology at the Technical University of Munich and the Leibniz Institute of Plant Genetics and Crop Plant Research are helping to answer this question.

Wheat grains contain about 70 percent starch. Their protein content is usually 10 to 12 percent. Gluten accounts for the lion’s share of proteins, at around 75 to 80 percent. Gluten is a compound mixture of different protein molecules. These can be roughly divided into two subgroups: “gliadins” and “glutenins”.

It has long been known that wheat proteins can trigger disorders such as coeliac disease or wheat allergies. Approximately 1 or 0.5 percent of the adult population is affected worldwide. In addition, non-celiac gluten sensitivity (NCGS) is becoming increasingly important in the western world.

“Many people fear that modern wheat varieties contain more immunoreactive proteins than in the past and that this is the cause of the increased incidence of wheat-related disorders,” says Darina Pronin from the Leibniz-Institute for Food Systems Biology, who was significantly involved in the study as part of her doctoral thesis. Where gluten is concerned, the protein group of gliadins in particular is suspected of causing undesired immune reactions, explains the food chemist.

But how big are the differences between old and new wheat varieties really? In order to help clarify this, Katharina Scherf and her team at the Leibniz-Institute for Food Systems Biology investigated the protein content of 60 preferred wheat varieties from the period between 1891 and 2010. This was made possible by the Leibniz Institute of Plant Genetics and Crop Plant Research. It has an extensive seed archive. From the archive, the researchers selected five leading wheat varieties for each decade of the 120 years examined. In order to generate comparable samples, they cultivated the different varieties in 2015, 2016 and 2017 under the same geographical and climatic conditions.

Analyses by the team of scientists show that, overall, modern wheat varieties contain slightly less protein than old ones. In contrast, the gluten content has remained constant over the last 120 years, although the composition of the gluten has changed slightly. While the proportion of critically viewed gliadins fell by around 18 percent, the proportion of glutenins rose by around 25 percent. In addition, the researchers observed that higher precipitation in the year of the harvest was accompanied by a higher gluten content in the samples.

Environmental conditions are more relevant than the variety

“Surprisingly, environmental conditions such as precipitation had an even greater influence on protein composition than changes caused by breeding. In addition, at least on the protein level, we have not found any evidence that the immunoreactive potential of wheat has changed as a result of the cultivation factors,” explains Katharina Scherf, who is now continuing her research as a professor at the Karlsruhe Institute of Technology (KIT). However, Scherf also points out that not all protein types contained in wheat have been investigated with regard to their physiological effects. Therefore, there is still a lot of research to be done.

Funding: The study was funded by the Leibniz Association as part of the Leibniz Competition 2015; project number: K195/2015 (WHEATSCAN: Unraveling the causes for wheat sensitivities).

Wheat is one of the most important crops and an important staple food in many countries. According to the Food and Agriculture Organization of the United Nations, the global wheat harvest in 2018 was over 734 million metric tons. With over 20 million metric tons of wheat per year, Germany is one of the 20 largest wheat producers. All wheat varieties cultivated today are derived from ancient cereals that were cultivated by humans 10,000 years ago.

“Gliadins” and “glutenins” differ in their molecular properties and thus influence the baking behavior of a dough in different ways. Gliadins play a role in the viscosity and extensibility of a dough. On the other hand, due to their molecular properties, glutenins form a continuous network that is responsible for the stretch resistance and elasticity of the dough. In cross-linked form, they are among the largest naturally occurring protein molecules.

Why einkorn wheat could be better for people with wheat intolerance
Freising 11/14/2018 – Modern, but also ancient types of wheat such as einkorn, emmer and spelt naturally contain a group of protein molecules that are suspected of triggering symptoms of wheat intolerance. A new study by the Leibniz-Institute for Food Systems Biology at the Technical University of Munich shows for the first time in a direct comparison that einkorn wheat, in contrast to common wheat, durum wheat, spelt and emmer, contains no or significantly lower amounts of these proteins. The researchers have now published their results in the Journal of Agricultural and Food Chemistry. Further information is available at:https://www.leibniz-lsb.de/presse-oeffentlichkeit/pressemitteilungen/pm-14112018-pressemitteilung-einkorn-weizenunvertraeglichkeit/

Information about the Institute

The Leibniz-Institute for Food Systems Biology at the Technical University of Munich (Leibniz-LSB@TUM) has a unique research profile. Its researchers combine methods of basic biomolecular research with analytical methods of bioinformatics and analytical high-performance technologies. Their goal is to decode the complex ingredient profiles from raw materials to the final food products and to elucidate their function as biological active molecules on humans. Based on their studies, the scientists develop products, which are as healthy as they are tasty. These foods will help to provide a sustainable and sufficient stream of food for future generations. In addition, the new scientific findings will be used to develop personalized nutritional concepts that, for example, help people with food intolerance without compromising quality of life and endangering their health.

The Leibniz LSB@TUM is a member of the Leibniz Association, which connects 96 independent research institutions. Their orientation ranges from the natural sciences, engineering and environmental sciences through economics, spatial and social sciences to the humanities. Leibniz Institutes devote themselves to social, economic and ecological issues. They conduct knowledge-oriented and application-oriented research, also in the overlapping Leibniz research networks, are or maintain scientific infrastructures and offer research-based services. The Leibniz Association focuses on knowledge transfer, especially with the Leibniz Research Museums. It advises and informs politics, science, business and the public. Leibniz institutions maintain close cooperation with universities – among others, in the form of the Leibniz Science Campuses, industry and other partners in Germany and abroad. They are subject to a transparent and independent review process. Due to their national significance, the federal government and the federal states jointly fund the institutes of the Leibniz Association. The Leibniz Institutes employ around 20,000 people, including 10,000 scientists. The entire budget of all the institutes is more than 1.9 billion euros.