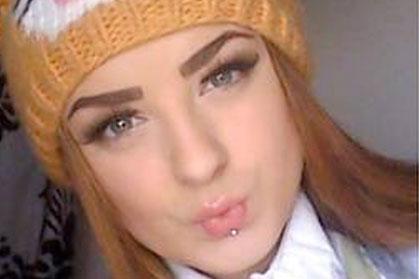 In yet another horrific tragedy that could have been avoided, 14 year old Emma Sloan died on the streets of Dublin Wednesday after ingesting a sauce containing peanuts at a restaurant.

Emma, who had a known peanut allergy, was having dinner with her family at Jimmy Chung’s Chinese buffet in Dublin’s Eden Quay. Emma’s mother Caroline explains what happened in this quote from  the Irish Independent:

“Emma has always been very careful and would check the ingredients of every chocolate bar and other foods to be sure they didn’t contain nuts. She had a satay sauce. She thought it was curry sauce because it looked like curry sauce and smelt like curry.

“I’m not blaming the restaurant because there was a sign saying ‘nuts contained’, but it wasn’t noticed. After a while, Emma began to say, ‘I can’t breathe, I can’t breathe’.”

Neither Emma nor Mrs Sloan were carrying Emma’s prescribed epinephrine auto-injectors at the time. Mrs Sloan, realizing her daughter was suffering anaphylaxis, ran to a local pharmacy to obtain an auto-injector but was refused by the pharmacist because she did not have a prescription with her. Ireland’s strict regulations forbid the dispensing of prescription drugs without a prescription.

She was told to take her daughter to a nearby hospital for treatment, but while the two were underway by foot, Emma collapsed. Despite the efforts of a passing doctor, EMTs and fire fighters, Emma died on the sidewalk.

A Personal Appeal in the Wake of This Tragedy

We, the founders of SnackSafely.com, have a daughter with a peanut allergy that is almost the same age as Emma. This tragedy, like the death of Andrew Turner earlier this week, holds a special place in our hearts because it could have been avoided had Emma’s family practiced some very basic safety precautions. Please take a moment to review the following.

First and foremost, a person diagnosed with a severe food allergy must always – ALWAYS – have two epinephrine auto-injectors on-hand everywhere, all the time. For children, the parent/guardian/caregiver must ensure that epinephrine is always within ready access of the child, that the child (if old enough) is trained to self-administer, and that each person responsible for the child throughout the day is trained to recognize the symptoms of anaphylaxis and how to administer the epinephrine in an emergency.

Next, understand that any restaurant, cafeteria or other food establishment that handles a specific allergen in their kitchen carries a high risk that that allergen will be present in their food, either as an ingredient or as a cross-contaminant. That risk is further compounded in an environment where diners serve themselves, such as a buffet. Always ask the management whether your specific allergen is used in the kitchen. If it is, we strongly urge you to avoid that establishment and find another.

Last but not least, this story drives home the need for epinephrine to be available everywhere, in schools and places of public accommodation, as well as the passage of Good Samaritan laws that shield responders from liability when they administer epinephrine in good faith. While we are heartened by the recent passing of the School Access to Emergency Epinephrine Act and the stock epinephrine bills making their way through many state legislatures, more needs to be done to ensure epinephrine is as readily accessible in an emergency as cardiac defibrillators.

Please reach out to your legislators and insist they do more.

As a reminder to ALWAYS bring the auto-injectors along, click a graphic below for a set of flyers from our “Take 2″ campaign and be sure to display them at home and school: