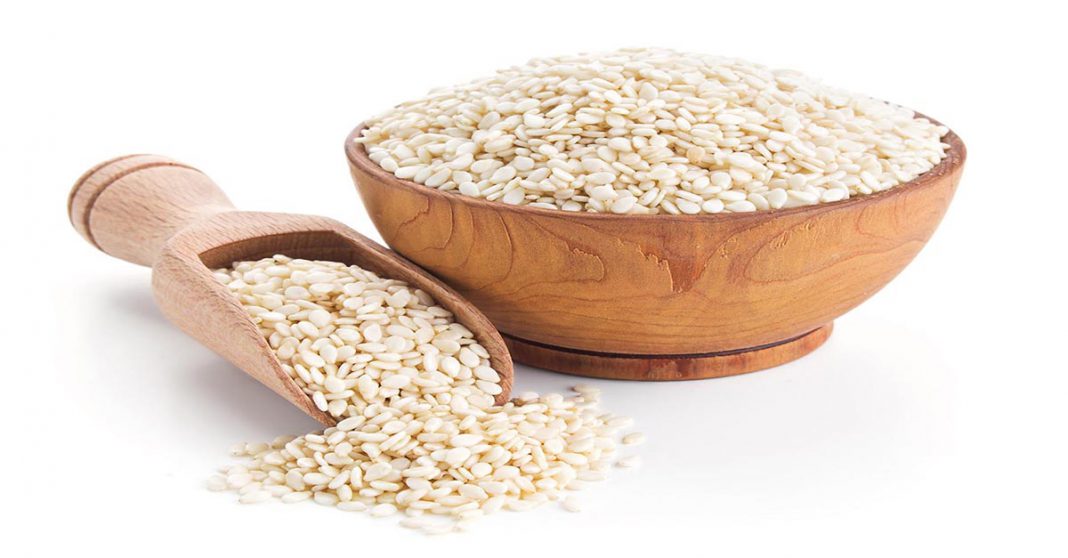 After conducting an investigation into how sesame-allergic consumers can protect themselves, The Center for Science in the Public Interest (CSPI) issued a scathing report entitled “Open Sesame: Why Sesame Must Be Disclosed As an Allergen on Food Labels” and renewed calls upon the US Food and Drug Administration (FDA) to include sesame in their list of allergens that require special labeling.

Some background: An estimated 300,000-500,000 people in the US suffer from sesame allergy. Robert Wood, MD, Director of Pediatric Allergy and Immunology at Johns Hopkins University School of Medicine, is cited in the report as saying: “Sesame allergies have probably increased more than any other type of food allergy over the past 10 to 20 years. They’re now clearly one of the six or seven most common allergens in the U.S.”

The Food Allergy Labeling and Consumer Protection Act (FALCPA) mandates manufacturers clearly label when any of eight allergens (peanuts, tree nuts, eggs, milk, wheat, soy, fish, shellfish) are ingredients of a food product. Others, like sesame, can be listed under obscure names such as  “spices” or “natural flavoring”.

CSPI enlisted the help of families affected by sesame allergy to compile a list of companies that do not disclose sesame in ingredient lists or voluntary allergen statements. The organization then contacted companies on the list to inquire about their sesame disclosure practices.

The results were shocking: many of the companies contacted would not disclose the sesame content of their products even when responding to direct inquiries. The report states:

The prevalence of nondisclosure among food-makers we contacted suggests a pervasive and dangerous lack of information about a life-threatening risk for consumers. Indeed, of the dozens of food makers contacted, only three – Kraft, General Mills, and Mondelez – include sesame currently in allergen labeling for products. Some companies, like Frito-Lay, do not warn of sesame content on product packaging but will disclose sesame content if a consumer calls to request information. But many companies – including major food manufacturers that make dozens of products – do not disclose the presence of sesame on labels and will not tell a consumer if they ask for that information. The task of conducting meticulous research to determine whether foods are safe to eat is a risky system that should not be imposed upon the public.

The report lists a number of popular brands that do not list sesame with allergens and do not provide information regarding sesame content upon request:

We encourage you to view the report for a table of other brands with identified cross-contamination risks.

The report concludes with a recommendation that Congress pass legislation to mandate allergen labeling for sesame if the FDA fails to act expeditiously.

We applaud the efforts and recommendations of CSPI and urge the FDA to take immediate action to include sesame as the “9th allergen” in terms of FALCPA labeling mandates.

Note: SnackSafely.com has been at the forefront of sesame advocacy – encouraging manufacturers to disclose the potential for sesame content – since establishing our Manufacturer Partnership in 2013. Manufacturers accepted into the partnership disclose whether sesame, mustard, gluten, and the FALCPA “top 8” allergens are used as ingredients in their products, processed in the same manufacturing line or facility, or their products are explicitly marketed free of each allergen. To find products from over 50 partners explicitly marketed free of sesame by the manufacturer, click here to sign up for your free Allergence account.