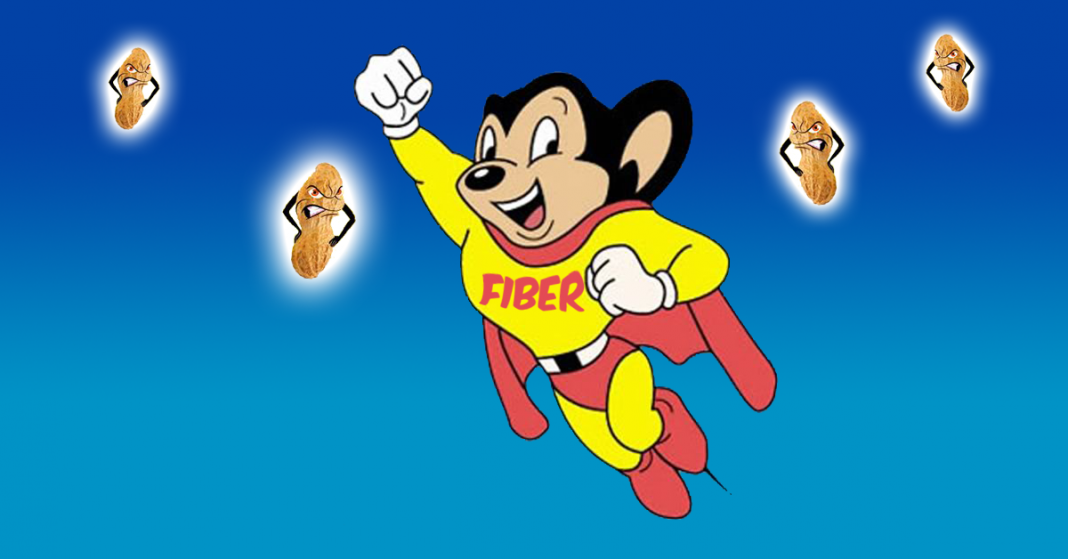 In a study published last week in Cell Reports, researchers from Monash University in Australia found that mice fed diets high in fiber from birth suffered less severe peanut allergies than those that were fed a common diet higher in fat and sugar.

“We felt that the increased incidence of food allergies in the past ten years had to relate back to our diet and our own microbiome rather than a lack of exposure to environmental microbes – the so-called ‘Hygiene Hypothesis’,” says Laurence Macia, an immunologist and co-author of the study. “Most researchers in this field look at excess fat as the problem; we were one of the first looking specifically at fiber deficiency in the gut.”

In the study, mice with artificially-induced peanut allergy were given a high fiber diet. Their microbiota were then transplanted to similar mice with no microbiota of their own. These mice exhibited protection even though they had not been fed the high fiber diet, indicating the microbiota resulting from the diet provided the benefit.

Then, mice with no microbiota were fed water enriched with the same short-chain fatty acids produced by the high fiber microbiota for three weeks, which provided similar protection, indicating the fatty acid was responsible.

The researchers are cautiously optimistic their findings will also be applicable to humans. “It’s likely that compared to our ancestors, we’re eating unbelievable amounts of fat and sugar, and just not enough fiber” says Charles Mackay, immunologist and the other co-author of the study, “And these findings may be telling us that we need that high-fiber intake, not just to prevent food allergy, but possibly other inflammatory conditions as well.”