Dillon's Law and the Power of Local Activism 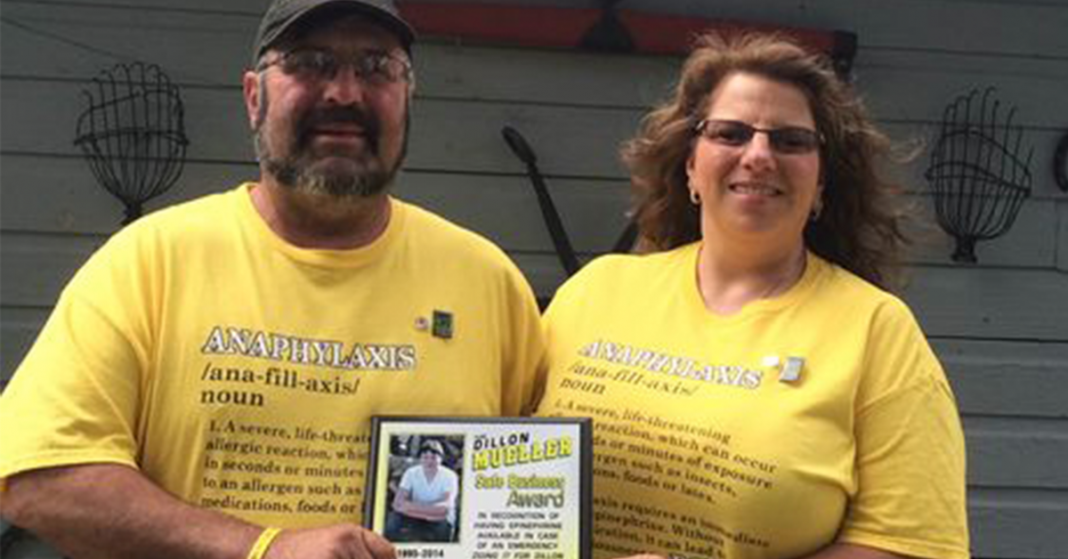 Shortly after the passage of Annie’s Law last August – legislation that makes epinephrine auto-injectors and training on how to use them available to first-responders in Illinois – comes Dillon’s Law. The legislation proposed in Wisconsin would allow adults trained in the use of an epinephrine auto-injector to carry and administer the drug to anyone thought to be suffering from life-threatening anaphylaxis.

The bill is named for Dillon Mueller who passed away on October 4, 2014 at the age of 18, a week after he had been stung by a bee and suffered anaphylactic shock.

“He did not know what was happening and within 10 minutes he was unconscious,” said Angel Mueller, Dillon’s mother. “He would still be alive today had there been an EpiPen available.”

Since that time, Dillon’s mother and George Mueller, Dillon’s father, have been working to have the legislation introduced. Wisconsin State Representative André Jaque is sponsoring the bill and expects the legislation to pass without opposition.

“This legislation is really modeled after some of the existing expansion of access to epinephrine we’ve done in the legislature over the past couple sessions,” said Jacque.

Both the Mueller and LeGere families have turned tragedy into action to help prevent similar occurrences from happening to others. Their efforts prove that local activism and a strong commitment to a cause leads to changes that help prevent tragedies like those that befell their families.

Our sincere thanks go out to the Muellers and LeGeres. Their efforts are making the world a better place and the legislation they have championed are a wonderful tribute to the memories of Dillon and Annie.