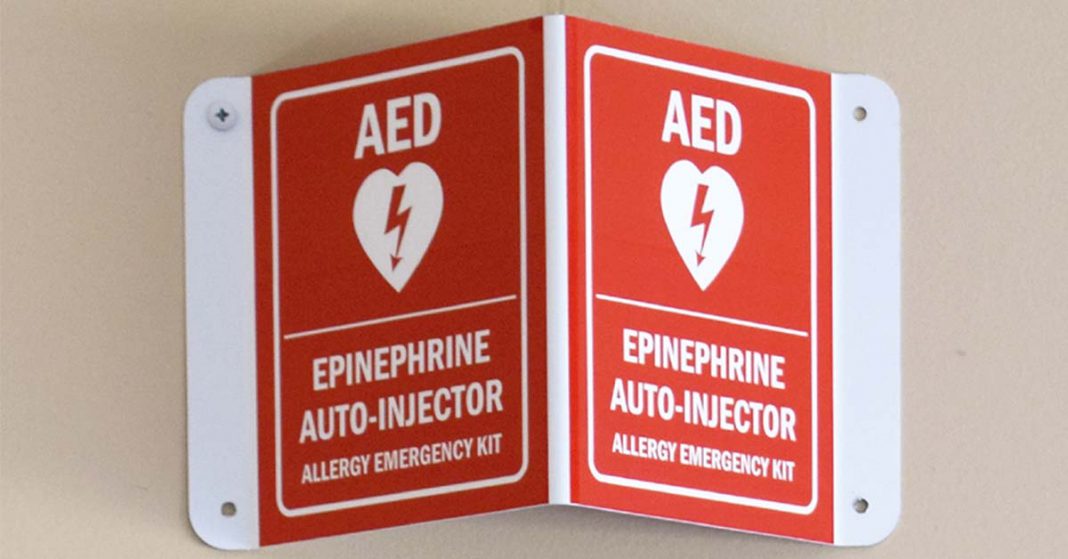 A college in Rochester, NY is ensuring the safety of their students by expanding efforts to treat serious allergic reactions should they occur.
St John Fisher College deployed 12 stock Auvi-Q brand epinephrine auto-injectors in high-traffic areas where AEDs have been placed. The school has also trained all 19 of its security officers in the proper administration of the drug in case of emergency.


Click to visit sponsor
John Terry, Founder of the Allergy Advocacy Association who partnered with the college to deploy epinephrine, thinks its important for more campuses to engaging in similar efforts.
“It’s a significant issue because of the number of undiagnosed people who are at risk for anaphylaxis and don’t even know it,” said Terry.
The college is among the first in western New York state to deploy epinephrine as provided for by Emergency Allergy Treatment Act. The legislation authorizes – but does not mandate – venues of public accommodation to acquire stock epinephrine and train employees in its administration.
Source: SJFC expands efforts to prevent severe allergic reactions on campus – WXXI News
Print or share this article
Print
Mail
Tweet
Plus
Share
Share
Facebook
Twitter
Pinterest
Linkedin
WhatsApp
ReddIt
Mix
Email
Print
Click to visit sponsor
Previous articleAustralian Study: Food Allergy Sufferers at Significant Risk from Pre-Packaged Foods
Next articleSafe Snack Guide Valentine's 2018 Edition