Study: Children at Risk for Anaphylaxis Doubled From 2010 to 2016 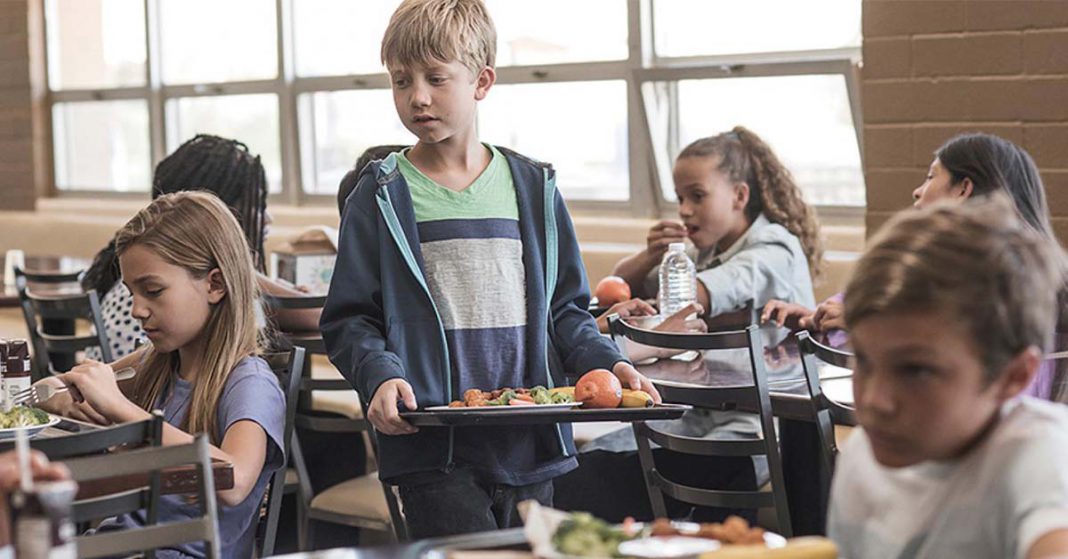 Blue Cross Blue Shield (BCBS), the federation of insurance organizations insuring more than 106 million Americans, issued a report on childhood allergies based on their records of 9.6 million commercially insured children 18 years and younger between 2010 and 2015.
Nearly 1.7 million children (18%) suffer from some sort of allergy, ranging from mild seasonal allergies to severe food allergies. The report focused specifically on the incidence of anaphylaxis.

The average cost of a two-pack of Mylan’s EpiPen rose sharply from $129 in 2010 to $645 in 2016 and has since fallen to $493 as competition takes hold in the market. The average price for the Adrenaclick generic has fallen to $234 and has gained market share to 21% of epinephrine auto-injector sales.

Reactions to foods was responsible for 47% of allergic incidents with the following distribution: peanuts – 22%, tree nuts and seeds – 15%, milk and eggs – 6%, fish and shellfish – 3%, and fruits and vegetables – 2%.
More than half were attributed to other sources, including insect bites and unidentified sources. 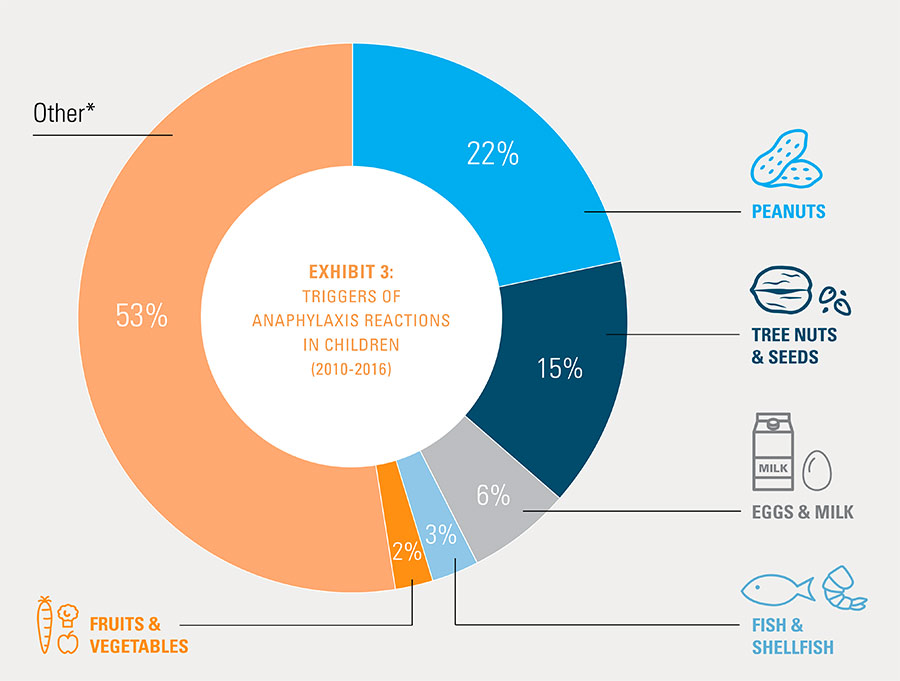 Nearly 1.7 million, or 18 percent, of commercially insured American children suffer from one or more allergy. While a small portion of overall allergies, there has been a substantial increase in the most severe anaphylaxis allergic reactions in children which has largely been triggered by foods. This increase in severe anaphylaxis reactions coincides with a steep rise in ER visits for this condition. Other regularly diagnosed allergies of rhinitis and dermatitis did not change markedly throughout the study period but remain a common complaint of those suffering from allergies. As a whole, the rate of all children diagnosed with one or more type of allergy increased moderately during the study timeframe, with boys more likely to be diagnosed with an allergy than girls.

Continued focus on proper identification and diagnosis of childhood allergies remains an important step to help keep children safe. The availability of and access to epinephrine auto-injector medication and ER costs associated with treating children in emergencies remains a topic of public health discussion. As more children are found to suffer from food allergies and are at risk of life-threatening anaphylactic reactions, the availability of affordable medication and ER care will be critical in safeguarding the health of American children.