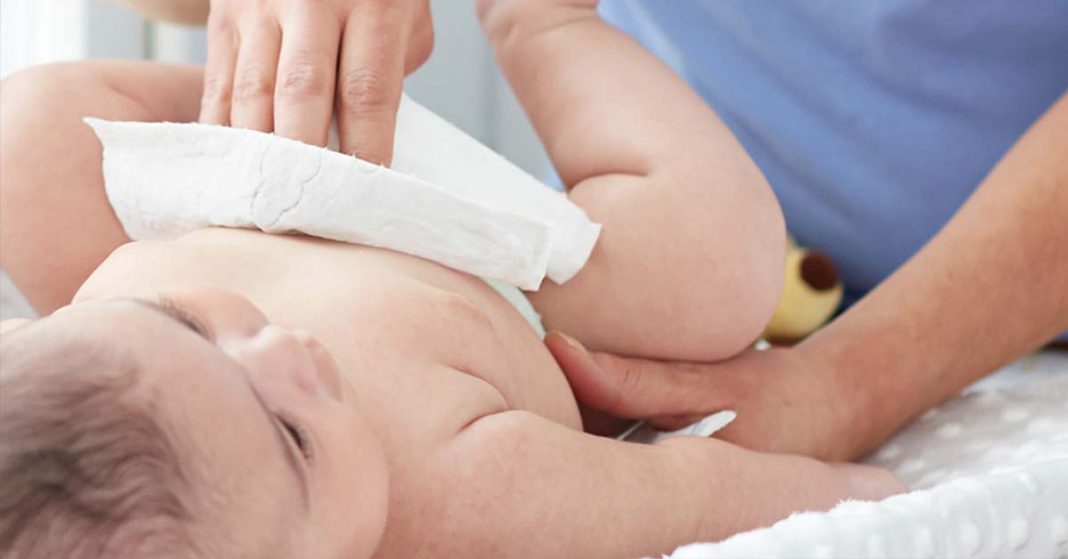 According to a study published in the Journal of Allergy and Clinical Immunology, researchers at Northwestern University have linked the development of food allergies to environmental and genetic factors that together trigger the disease.
The factors contributing to food allergy include the genetics that alter skin absorbency, use of infant cleansing wipes that leave soap on the skin, skin exposure to allergens in dust and skin exposure to food from those providing infant care. Food allergy is triggered when these factors occur together.
“This is a recipe for developing food allergy,” said lead study author Joan Cook-Mills, a professor of allergy-immunology at Northwestern University Feinberg School of Medicine. “It’s a major advance in our understanding of how food allergy starts early in life.”


Click to visit sponsor
Clinical evidence shows up to 35 percent of children with food allergies have atopic dermatitis and much of that is explained by at least three different gene mutations that reduce the skin barrier.
Cook-Mills made the discovery by using this evidence about food allergy in humans, the effects of food allergen and environmental allergen exposures and neonatal mice with genetic mutations that occur in humans.
Using a neonatal mouse model with skin barrier mutations, she tried exposing its skin to food allergens like peanuts. The peanuts alone had no effect.
“Then I thought about what are babies exposed to,” Cook-Mills recalled. “They are exposed to environmental allergens in dust in a home. They may not be eating food allergens as a newborn, but they are getting them on their skin. Say a sibling with peanut butter on her face kisses the baby. Or a parent is preparing food with peanuts and then handles the baby.“
Next, she read about skin research studies that delivered compounds through the skin by using soap. “I thought oh my gosh! That’s infant wipes!” Cook-Mills said.

Click to visit sponsor
Skin problems that occur with skin barrier mutations may not be visible until long after a food allergy has already started. The neonatal mice with the mutations had normal-appearing skin, and the dry itchy skin of dermatitis did not develop until the mice were a few months old, the equivalent of a young adult in human years.
After the neonatal mice received three to four skin exposures of food and dust allergens for 40 minutes during a two-week period, they were given egg or peanut by mouth. The mice had allergic reactions at the site of skin exposure, allergic reactions in the intestine, and the severe allergic food reaction of anaphylaxis that is measured by decreased body temperature.
A skin barrier dysfunction was necessary for food allergy to develop in the mice, but there is a wide continuum of severe to mild skin dysfunction with eczema or atopic dermatitis, which in its mildest form may simply appear to be dry skin.

Click to visit sponsor
In patients with skin-barrier defects, there are changes in the proteins in the skin that are a result of mutations in the genes. These gene mutations in patients are primarily heterozygous, which means there is a mutation in one of the two copies of a gene.
The good news is factors leading to food allergy can be modified in the home environment, Cook-Mills said.
“Reduce baby’s skin exposure to the food allergens by washing your hands before handling the baby,” Cook-Mills said. “Limit use of infant wipes that leave soap on the skin. Rinse soap off with water like we used to do years ago.“
Sources:
Print or share this article
Print
Mail
Tweet
Share
Print or share this article
Print
Mail
Tweet
Share
Click to visit sponsor
Previous article
Study: Pediatric Admissions Slashed With Simple Changes to Hospital Anaphylaxis Procedures
Next article
Is Teva Finally Preparing to Launch Their EpiPen Generic After Lengthy Delays?