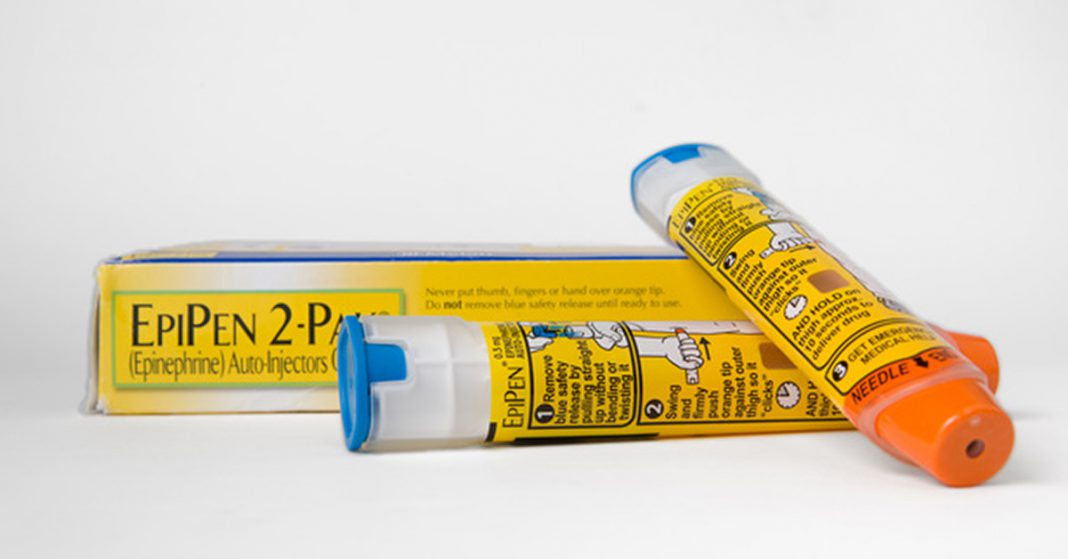 As we reported last month, an inquest was held into the passing of 15 year-old Natasha Ednan-Laperouse who suffered an allergic reaction to a sandwich purchased from a Pret A Manger outlet at Heathrow Airport that contained undeclared sesame. Despite the administration of two EpiPens by her father, Natasha was pronounced dead at a French hospital shortly afterward.
The coroner presiding over the inquest, Dr Sean Cummings, has declared the EpiPen brand of epinephrine auto-injector “inherently unsafe.”
Dr Cummings faults Pfizer – the manufacturer of EpiPen – for producing devices he said contained too small a dose of adrenaline and had needles that were too short to reach muscle.


Click to visit sponsor
In a report detailing his concerns, Dr Cummings stated: “The use of needles which access only subcutaneous tissue and not muscle is in my view inherently unsafe” and added that “an inadequate dose of adrenaline and an inadequate length needle raises serious safety concerns”.
He has asked Pfizer and the Medicine and Healthcare products Regulatory Agency to come up with a plan to resolve the flaws.
According to the UK Resuscitation Council, the 16mm length of EpiPen needles is suitable only for “pre-term or very small infants.” The council advises a needle length of 25mm for adults as well as an increase in the dose of epinephrine from 300 micrograms to the 500 micrograms provided by an alternative auto-injector, Emerade, sold in the UK.
It should be noted that there have been numerous studies questioning needle lengths and dosages of epinephrine auto-injectors approved for sale in the US. (See source annotations below for examples.) The question of adequacy of needle length and dosage is not limited to the EpiPen brand.

What We Hope to Learn from the Natasha Ednan-Laperouse Inquest