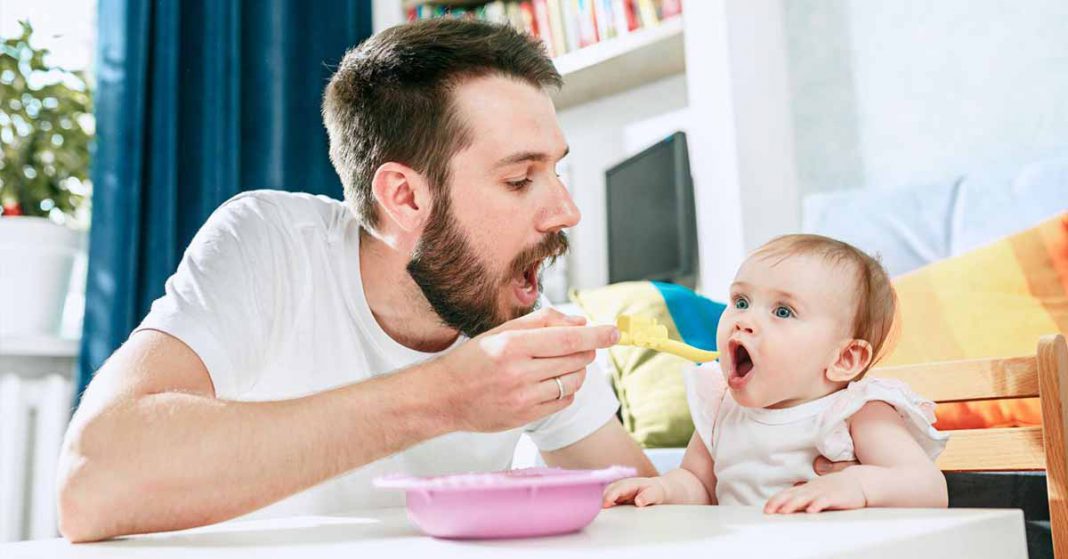 New studies published in The Journal of Allergy and Clinical Immunology, an official journal of the AAAAI, highlight positive food allergy results and barriers to dietary adherence.

Despite overall low adherence to the early introduction regimen, early introduction to allergenic solids was found to be effective in preventing the development of food allergies in specific groups of infants; those sensitized to food at enrollment and those with eczema of increasing severity at enrollment. These results originate from “Efficacy of the EAT study amongst infants at high risk of developing food allergy,” a new paper published in The Journal of Allergy and Clinical Immunology (JACI).

This paper is one of many originating from The Enquiring About Tolerance (EAT) study. A total of 1,303 three-month old infants were recruited from the general population in England and Wales and placed in one of two groups. One group was introduced to six allergenic foods from three months of age alongside breastfeeding and was known as the Early Introduction Group (EIG). The other group exclusively breastfed for six months and was termed the Standard Introduction Group (SIG).

These results emerged despite low adherence, which appeared most prominent among families with increased maternal age, non-white ethnicity and lower enrollment maternal quality of life, according to “Factors influencing adherence in a trial of early introduction of allergenic food,” another paper published in JACI.

“These results have significant implications and are informative when it comes to infant feeding recommendations concerning allergies and the development of new guidelines,” said Gideon Lack, MD, of King’s College London and Principal Investigator of the EAT study. “If early introduction to certain allergenic foods became a part of these recommendations, we also have data that tells us what populations may need extra support when it comes to implementing the recommendations.”

Further results from “Factors influencing adherence in a trial of early introduction of allergenic food” showed that out of the 652 infants in the EIG group, only 42% achieved the per-protocol adherence of sustained, high dose consumption of five or more early introduction foods. Logistic regression models were used to identify factors associated with non-adherence and influencing factors were divided into enrollment and post-enrollment factor groups. What it found was that adherence varied greatly depending on the food, in addition to the demographic data already mentioned. Interestingly, initial sensitization to allergenic foods at enrollment was not associated with overall non-adherence. Post enrollment factors significantly related with non-adherence included parent reported symptoms with infant allergenic food consumption and feeding difficulties.

A third associated study titled “Challenges experienced with the early introduction and sustained consumption of allergenic foods in the EAT study: a qualitative analysis” dove deeper into what factors influenced non-adherence. Three combinations of interim questionnaire responses that were collected during the study were analyzed and grouped into themes. Three major themes emerged: children refusing allergenic foods, caregiver reported concern about the foods causing reactions and practical problems including lifestyle constraints and food preparation issues. These three challenges all contributed significantly to non-adherence and would need to be addressed if infant feeding recommendations were updated.

At the end of the study, amongst infants sensitized to peanut at enrollment, 33.3% of such infants in the SIG developed a peanut allergy versus 14.3% in the EIG. Amongst infants who were sensitized to egg at enrollment, egg allergy developed in 48.7% in the SIG compared to 20.0% of EIG participants. “We weren’t looking for individual food allergy outcomes in this study,” said Michael Perkin, MD, of St George’s, University of London and Co-Principal Investigator of the EAT study, “but we did find there to be significant differences in the rates of allergy to peanuts and eggs. In terms of sesame, wheat, cow’s milk and fish, we didn’t see enough instances of allergy to perform any subgroup analyses.”

The results from “Efficacy of the EAT study amongst infants at high risk of developing food allergy” didn’t show intention-to-treat efficacy when those with visible eczema at enrollment were considered as one group, but was present in the moderate eczema subgroup and with continuous SCORAD (a clinical tool for assessing the severity of atopic dermatitis) for egg allergy. Additional research must be performed to explore potential benefits of early introduction when it comes to eczema.

“The EAT study has provided us with a wealth of data that is still being analyzed,” said Professor Lack. “As more research about early introduction of specific food allergens continues, we will get closer to new early introduction recommendations that will hopefully help to prevent food allergies in the future.”