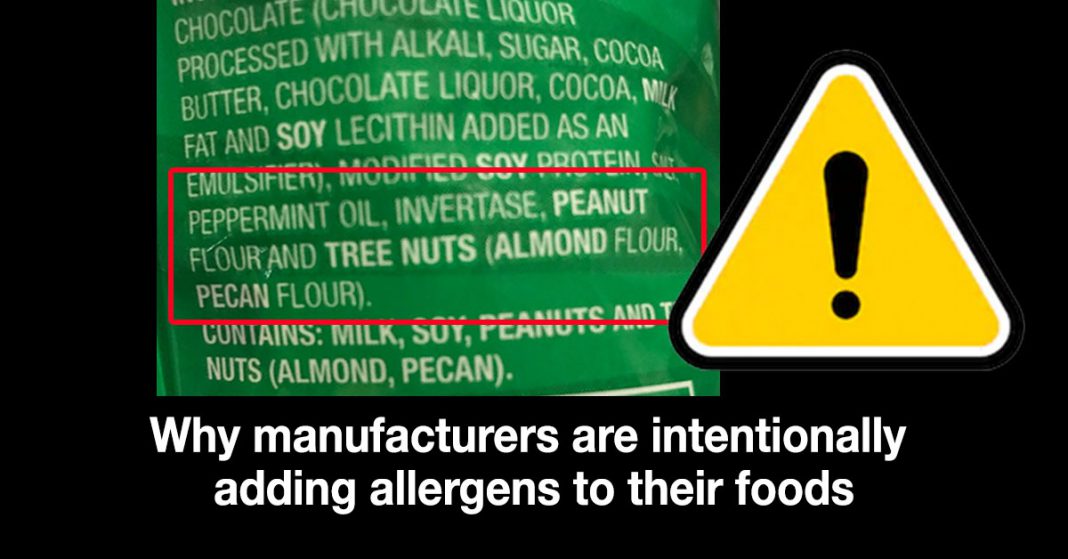 Back in June of 2020, we received a message from a reader warning us about a sudden change they noticed in a product’s ingredient list. A number of months earlier, Pearson’s, the venerable candy manufacturer based in St Paul, began listing peanuts, almonds, and pecans as ingredients in their mint patties:

Since then, there have been numerous instances of allergen traces intentionally added to popular products. One recent example we highlighted was Suzy Q’s by Hostess.