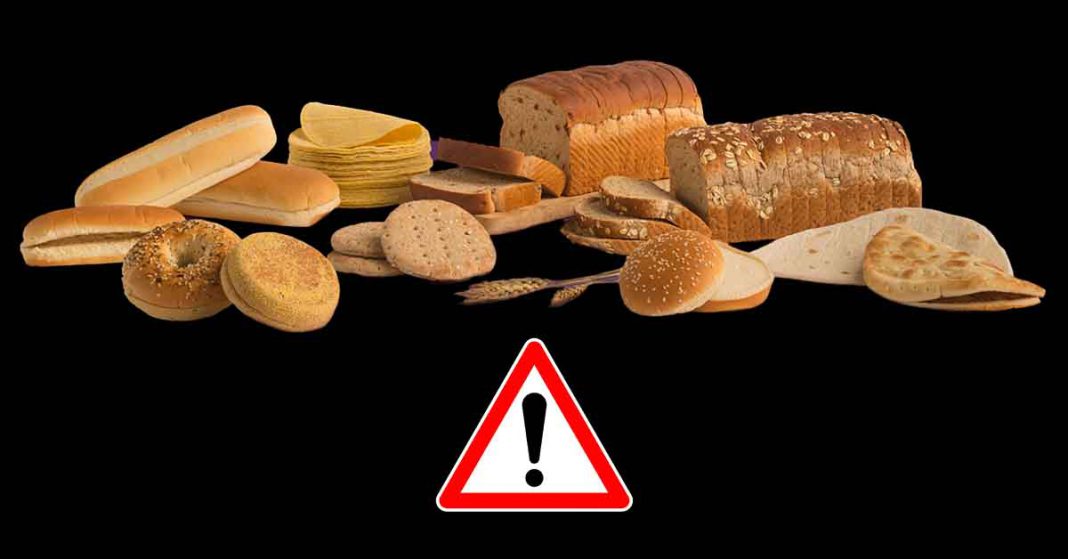 Think major manufacturers all have their consumers’ interests at heart? Think again.

Reader Kristy Fitzgerald reached out to warn us of an interaction she had with Pan-O-Gold, a major manufacturer of baked goods headquartered in St Cloud, Minnesota. Aside from selling their products via retail outlets, they also operate a food service that delivers products to schools and other institutions throughout the midwest.

As we encourage every consumer concerned with food allergies to do, Kristy contacted Pan-O-Gold to find out about their handling of sesame, a concern for her family.

Before we get into the company’s response, we need to take a minute to discuss the US regulations currently in place regarding allergens in foods.

Some 18 years ago, the Food Allergen Labeling Consumer Protection Act (FALCPA) identified 8 major allergens (peanuts, tree nuts, milk, eggs, soy, wheat, fish, and crustacean shellfish) that must be identified by common name on the package if they are ingredients of the product. Last year, the Food Allergy Safety, Treatment, Education, and Research Act of 2021 (FASTER Act) added sesame as the ninth major allergen taking effect on January 1, 2023.

More allergen regulations were passed in 2011 as a result of the Food Safety and Modernization Act (FSMA). The legislation raised allergen cross-contact to the same level of concern as microbial contamination. Taking effect in 2016, it forced manufacturers to adopt procedures to minimize the opportunity for a top allergen from one product to contaminate another that does not contain that allergen as an ingredient.

Soon after the FSMA took effect, we reported on the first major company to skirt the provisions: Kellogg’s. They began adding trace amounts of peanuts to their Keebler and Austin lines of crackers, thus allowing them to add the allergen as an ingredient of the product and by doing so avoid the requirements of the FSMA. We called them out on it and circulated a petition that garnered over 29,000 signatures, to no avail.

Since then, we’ve reported on other companies deliberately adding allergens to products including Hostess adding peanuts to Suzy Q’s and Pearson’s Candy adding tree nuts to their mint patties.

That brings us back to Pan-O-Gold’s response to Kristy over her concern for sesame. Here is the relevant excerpt from the response with paragraph separations added to enhance readability:

The FDA has now included sesame as a major allergen and the requirement will be enforced the beginning of 2023.  In order to meet the requirements of the FDA, we would need to conduct allergen cleaning (removal of all protein) and post cleaning allergen protein verification for all of our processing equipment before baking breads and buns that do not include sesame seeds.  This requirement is to assure food safety for those customers who would be affected.

The unfortunate reality is that our equipment and bakeries are not setup for allergen cleanings that would be required to prevent sesame cross-contamination and was not an option for us.  What we needed to do in order to assure the safety of our products from cross-contamination was to make sesame common to all of our products and include sesame allergen as a warning on all of our packaging labels.

In order to include sesame as an ingredient on a package label, the FDA requires that the ingredient be present which is why we will be adding trace amounts of sesame flour in all of our bread and bun dough recipes to comply.  The end result will be that we will have both wheat and sesame as common allergens in all of our products eliminating the requirement for allergen cleaning.  We will not begin the addition of the sesame flour until all of our packaging is updated to include the warning.  We set a goal for completion the beginning of January of 2023 and plan to begin including trace amounts of sesame flour at that point.

I am sorry that this change to the FDA requirements has brought us to this action, but it is better to assure food safety than to create potential risks to the health of those affected by sesame allergies.  If you have any further questions, please feel free to reach out to me and I will do my best to answer them.

Although we at SnackSafely.com find this practice reprehensible, we predicted it would become a common practice back in 2016 and our fears have since been borne out. In this case, rather than take the steps necessary to properly sanitize and test their equipment between runs, Pan-O-Gold is opting to make all its products unsafe for consumption by consumers with sesame allergies.

How will the company notify the families of the kids that consume their products in school cafeterias throughout the midwest of this new allergen threat? We will reach out to Pan-O-Gold for an answer to this very question and report back if we hear from them.

In the meantime, Kristy has started a petition on Change.org requesting the company reconsider its strategy. We hope you will take a few minutes to sign it and by doing so send an important message to the industry: subverting the intent of regulations that protect the allergic community is deplorable.

Our thanks to Kristy for her activism and for bringing this issue to our attention.

Have you encountered other instances of manufacturers intentionally adding traces of allergens to their products? Let us know.