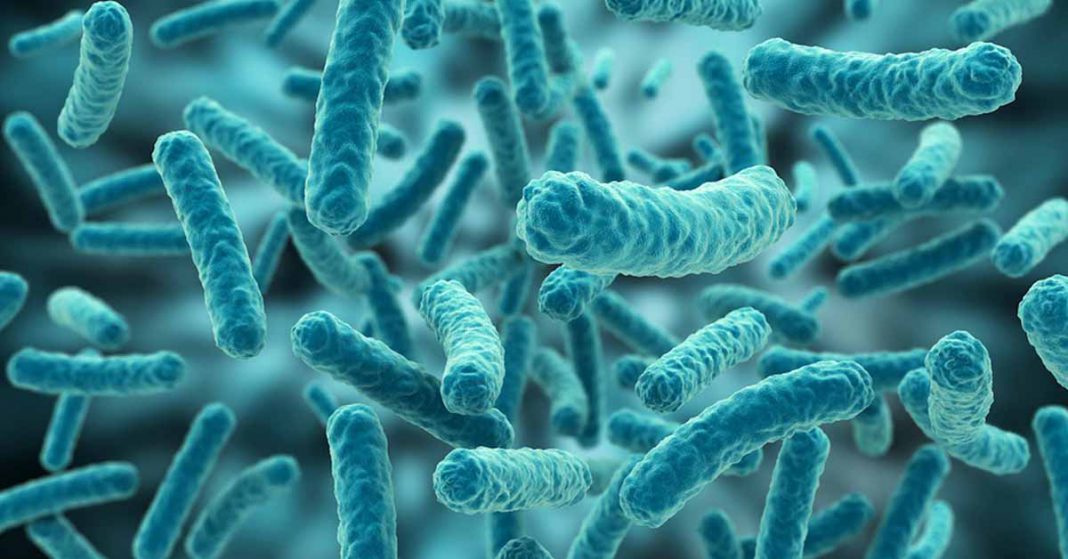 Researchers have found a causal link between caesarean section birth, low intestinal microbiota and peanut sensitivity in infants, and they report the effect is more pronounced in children of Asian descent than others, in a recently published paper in the journal of the American Gastroenterological Association.

“It’s important to know what predicts or increases risk of food sensitivities because they predict which infants will go on to develop asthma and other types of allergies,” said Anita Kozyrskyj, pediatrics professor in the Faculty of Medicine & Dentistry and adjunct professor in the School of Public Health.

The research team analyzed the gut bacteria of 1,422 infants in the CHILD Cohort Study, by examining fecal samples collected at three or four months of age and again at one year. They identified four typical trajectories for bacterial development, including one in which the infants had persistently low levels of Bacteroides, a type of bacteria known to be critical to immune system development. This profile was most common in babies born by caesarean section.

The infants were given skin prick tests at one and three years of age to assess their reaction to a variety of allergens, including egg, milk and peanut. The babies with low Bacteroides levels were found to have a threefold increase in their risk of developing a peanut sensitivity by age three—and the risk was eight times higher for babies born to mothers of Asian descent.

The team did further statistical analysis to look for what are known as “mediation” or causal effects between the exposure and the outcome. “In this case we observed that there was an association between Asian ethnicity and peanut sensitivity, and then the mediation analysis provided additional evidence for the causal association with caesarean section,” explained Kozyrskyj, noting it is the first study to identify this link.

The researchers also observed that the infants with low Bacteroides also had lower levels of sphingolipids, proteins which are key to cell development and signalling in many parts of the body, including the immune system. Gut microbiota are the main source of these proteins. Children who have this deficiency in their immune cells may be more likely to develop food allergies, Kozyrskyj said.

“As the gut microbiota are developing so is the gut’s immune system, training the gut to react to pathogens and to be tolerant of the food that we require,” she explained.

An increasing risk linked to other allergies, asthma

Half a million Canadian children have a food allergy, while peanut allergy affects about two in 100 and can lead to severe anaphylaxis. Babies who have food allergies are at greater risk to develop asthma, wheezing, eczema and allergic rhinitis later in life, the study authors reported.

The overall rate of allergies is increasing in western countries and is likely linked to environmental factors, said Kozyrskyj, who is principal investigator of the SyMBIOTA (Synergy in Microbiota) laboratory, which studies the impact of maternal and infant antibiotic use, birth mode and breastfeeding on the composition of the intestinal microbiota in infants.

“In China food allergies are uncommon, but those who immigrate to Canada face a higher risk and more severe form of allergic disease,” she said. “It’s likely related to a change in diet and environment.”

The next step for the research is for the results to be replicated in other studies around the world, Kozyrskyj said. She praised her main collaborator Hein Tun, a former post-doctoral fellow at U of A who is now assistant professor of public health at the University of Hong Kong. Their research was funded by the Canadian Institutes of Health Research, Alberta Innovates and the Allergy, Genes, and Environment (AllerGen) Network. Kozyrskyj is a member of the Women and Children’s Health Research Institute. Funding partners for the CHILD Cohort Study include the Stollery Children’s Hospital Foundation and the Alberta Women’s Health Foundation through the Women and Children’s Health Research Institute.

Previous research by Kozyrskyj and others has shown that babies born by caesarean section do not get the same beneficial transfer of microbiota from mother to child that infants born through vaginal delivery receive. Studies looking to mitigate this by giving C-section babies probiotics or even swabbing them with their mother’s vaginal bacteria have not been as successful as hoped, Kozyrskyj said.

The best path is to avoid caesarean birth unless it is medically necessary. “With this evidence at hand, the parent and the obstetrician might choose a different birth mode,” she said.