Study: Drones Deliver AEDs Faster Than Ambulances. They Can Do So with Epinephrine Too 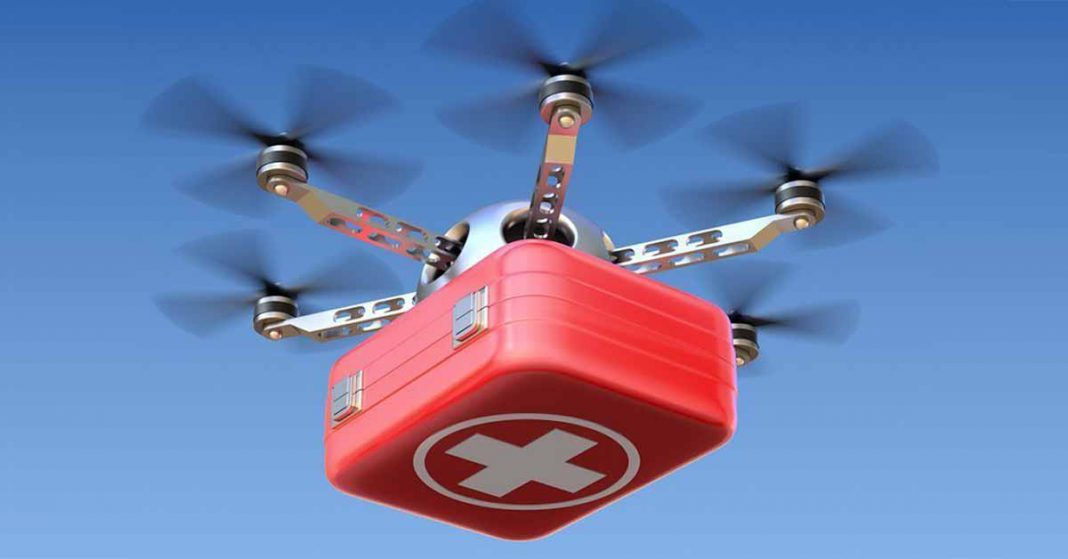 Imagine this: you are caught without your epinephrine when anaphylaxis strikes. Your spouse calls emergency services, and minutes later, a drone drops an auto-injector at your door. You administer the epinephrine, and your symptoms begin to subside when EMTs arrive to provide additional care and take you to the hospital for observation.

Science fiction? Not at all. We’ve reported on plans to deliver emergency medical equipment via drone in years past. Now, a real-world study brings the concept one step closer to reality.

Researchers in Gothenburg, Sweden’s second-largest city, are testing delivery of Automatic External Defibrillators (AEDs) via drone and have found they can shave minutes off response times by dropping the devices directly at the homes of those suffering cardiac arrest.

“When a drone arrived before the ambulance, it was nearly two minutes quicker,” study author Sofia Schierbeck, of Stockholm’s Karolinska University Hospital, said in a statement. “As drone technology improves it should be possible to increase the number of patients and the time benefits.”

Every minute that passes without CPR or an electric shock from an AED reduces the chance of survival for someone suffering a heart attack. For those that live far from a hospital such as in rural settings, mortality rates can reach 90%.

The study established three drone stations near an airport in Gothenburg, each housing autonomous drones overseen by trained pilots. When a call for a cardiac emergency was received, both an ambulance and drone were dispatched to the scene. The drone would hover over the target at 100ft and lower an AED via winch.

Between June and September 2020, drones were dispatched 12 times resulting in 11 successful AED deliveries. About two-thirds of the time, the drone arrived before the ambulance.

39 cases of cardiac arrest were not included due to external factors such as high winds, rain, and the target being located in a highrise or restricted airspace.

By 2022, we should have drones capable of flying in darkness and in moderate rain. Longer battery life could increase the flight range and the number of inhabitants covered by one drone.

Drone delivery of AEDs could be common practice in the coming years. It could also be expanded to other medical scenarios in the very near future, such as delivery of epinephrine to patients with anaphylactic shock or delivery of glucose to diabetic patients with low blood sugar.