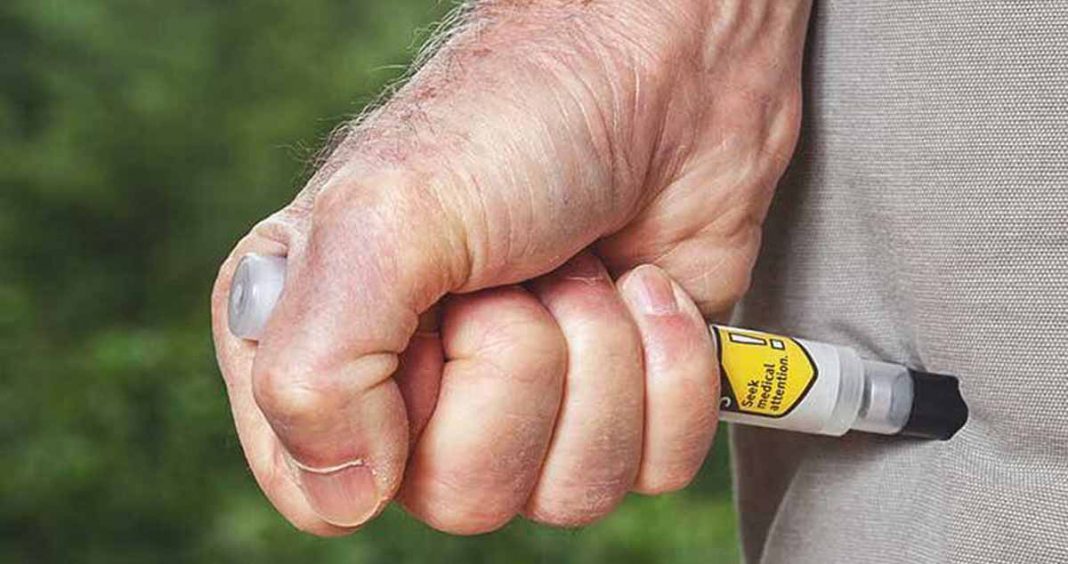 The European Academy of Allergy and Clinical Immunology (EAACI) has updated their guidelines for the management of anaphylaxis, and their new guidance is of importance to the food allergy community.

The most critical recommendation is that epinephrine be the first-line treatment for anaphylaxis.

“The main difference [from the 2014 guidelines] is that we have outlined that autoinjectors should be the first-line treatment at the community level,” said Dr Antonella Muraro head of the Food Allergy Referral Center, Department of Woman and Child Health, Padua University Hospital, Padua, Italy, in an interview with Medscape Medical News. Muraro is past president of the EAACI, EAACI chair of the anaphylaxis guidelines, and first author of the 2014 guidelines.

Reason for recommendation: [epinephrine] has historically been used as first-line treatment for anaphylaxis, without evidence of serious harm. Early use of [epinephrine] appears to reduce the risk of biphasic reactions. There is evidence that intramuscular adrenaline gives higher plasma levels than adrenaline via a metered-dose inhaler.

This recommendation corresponds with a warning from the American Academy of Pediatrics in 2017:

Another EAACI guideline of particular interest is their recommendation that brands of auto-injectors be compared to determine the quantity of epinephrine each actually delivers when administered:

The EAACI task force recommends that pharmacokinetic data should be provided for each [epinephrine] autoinjector product as they cannot be regarded as interchangeable.

Reason for recommendation: Pharmacokinetic data are now available for many of the [Epinephrine] autoinjector products. These data demonstrate that each type delivers very different plasma [epinephrine] levels. It had been thought that the length of the needle was critical to optimising the delivery of [epiephrine]. However, the pharmacokinetic data indicate that needle length does not dictate [epinephrine] plasma levels. For example, when the same autoinjectors were used for adults with different skin to muscle depths (associated with body mass index), some devices have a similar plasma [epinephrine] profile in all whereas there is marked blunting of the height of the early peak in overweight individuals in others.

The implication that the various brands of auto-injectors may deliver varying amounts of epinephrine when administered is an important revelation.

We at SnackSafely.com believe the characterization of epinephrine delivered by each brand should be made public and easily accessible by allergists, their patients, first responders, and emergency department physicians.

Knowing the quantity of epinephrine each brand delivers is important when allergists make prescribing decisions, patients advocate for their medications, and emergency medical personnel make decisions regarding treatment.

An Interview with the Women Behind Two Alpha Gals, a Resource for Those Coping with Alpha-Gal Syndrome