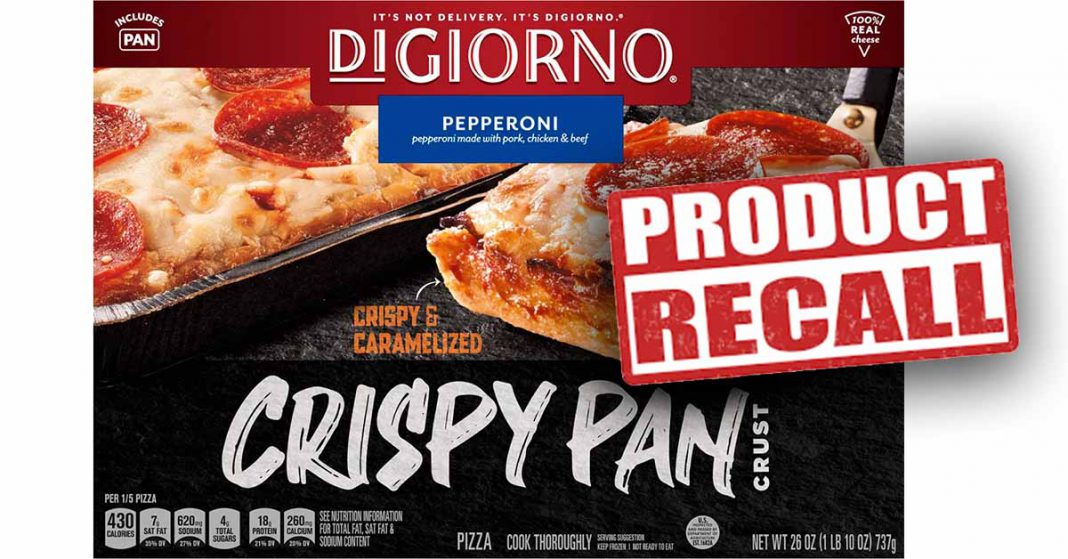 Nestle has recalled 17,152 DiGiorno Pepperoni Crispy Pan Crust Pizzas due to a packaging mixup that could prove deadly for those allergic to soy. The recall is an example of the consequences that can result when multiple products made from various allergens are produced in the same facility.

In this case, the “Three Meat” meat variety of DiGiorno brand pizzas were packaged into “Pepperoni” variety boxes. Three Meat pizzas contain soy protein while the Pepperoni pizzas do not, and the latter is distributed in boxes that do not list soy as an ingredient or as processed in the same facility.

While the mixup might cause the average consumer to shrug in mild annoyance, for those allergic to soy, ingesting the allergen could cause reactions including anaphylaxis, a life-threatening reaction to a food, environmental substance, or insect venom.

If you or anyone you know with an allergy to soy has purchased this product, return it to the place of purchase for a refund.

This brings up an important question: shouldn’t Nestle provide a warning that DiGiorno brand pepperoni pizzas are made in a facility that processes soy?

The answer is an emphatic yes, they should, but they aren’t required to do so due to lax US allergen labeling requirements.

The Food Allergen Labeling and Consumer Protection Act of 2004 (FALCPA) requires manufacturers to disclose when any of the “Top 8” allergens — peanuts, tree nuts, milk, eggs, soy, wheat, fish, or crustacean shellfish — is an ingredient of the product. But contrary to popular belief, manufacturers are not required to warn you when a product is made on the same line or in the same facility where those allergens are processed.

So-called precautionary allergen labeling — warnings like May contain traces of peanuts or Made in a facility that also processes milk — are entirely voluntary. The FDA has nothing to say about when they should be used, how they should be worded, or where they should appear.

Manufacturers are at liberty to include them or not, or to warn for some allergens and not for others. In this case, Nestle has chosen not to warn consumers that soy is processed in the same facility. In fact, we have no insight into whether the pepperoni variety is manufactured on equipment that processes soy.

This is why consumers concerned with food allergies are urged to call manufacturers to determine how their allergens of concern are processed for each product.

Due to the lax nature of FALCPA, the label can warn you that a product is not safe for your allergy, but you can’t rely on the label to tell you that the product is safe. This graphic sums it up: