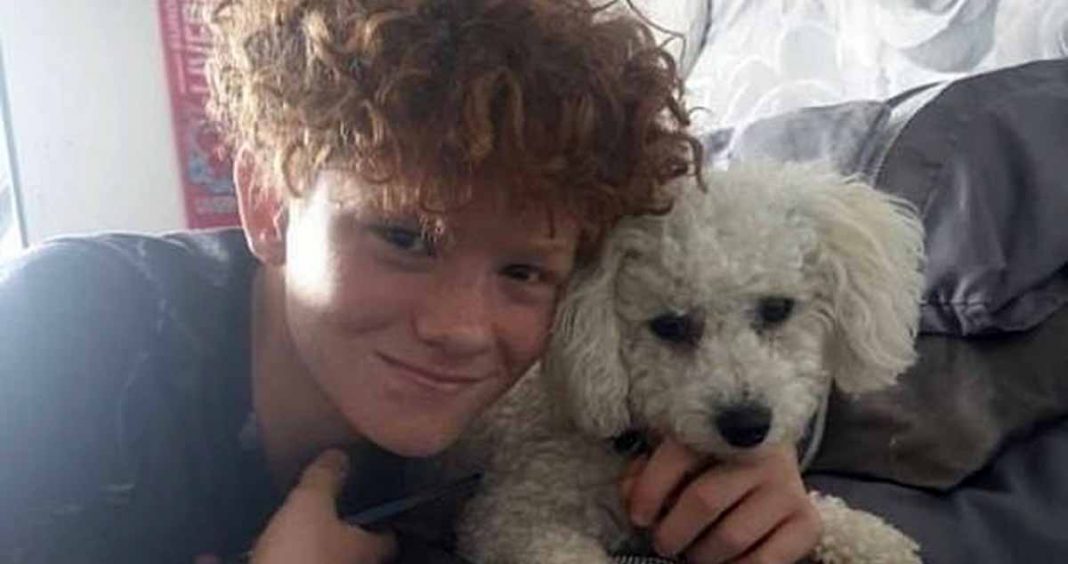 As we reported last January, 12-year-old Cason Hallwood, who suffered from asthma and a tree nut allergy, spent a happy Christmas Day with his mom, three brothers, and grandparents. After opening gifts and enjoying a Christmas dinner, he went out to a local park to play with his friends.

A short time after arriving, Cason began experiencing breathing difficulties and called his mom, Louise, who rushed to the park. She immediately administered his epinephrine auto-injector while his grandmother called emergency services.

Cason was rushed to Leighton Hospital where he died a short time later.

An inquest into Cason’s tragic death taking place in Warrington, England, heard even more tragic testimony from the boy’s grandfather: he had “completely forgotten” about his grandson’s allergy and used a glaze that contained nuts for the Christmas ham. Cason had “licked his plate clean” before going out to play.

His mom, Louise Hallwood, testified what happened next:

He didn’t want to sit and watch telly.

He asked if he could go to the park with his mates.

I said ‘ring me if you need me’, and with that he was gone.

About 20 minutes later, Cason called his mother asking for his inhalers.

I didn’t panic at this point and one of the twins said they’d go on Cason’s bike.

He was back in about 10 minutes and he said he seemed fine.

The next time her phone rang, she could tell the inhalers hadn’t worked as expected. She ran to the park with an EpiPen they kept at Cason’s grandparents’ house

I could tell straight away that he’d had something because his eyes were all puffy.

The EpiPen I had on me was out of date. The one at my house was in date but the one at my mum and dad’s wasn’t.

I was on the phone to the ambulance and asked permission to give it to him because it was out of date.

It made no difference.

Cason was saying ‘I can’t breathe, I’m going to pass out’ and I was screaming ‘help him’.

Ever since Cason had been diagnosed with a tree nut allergy, Louise made sure there were no tree nuts “of any description” in her house.

In a statement, Cason’s grandfather wrote that his “heart sank” when he realized what had happened:

I was just worried for Cason.

As a family, we are completely heartbroken.

Life will never be the same again.

Alan Moore, the coroner for the district, concluded Cason’s death was an accident. He said he was on duty that Christmas Day and remembered the case:

My heart really went out to you.

I couldn’t even imagine what you were going through as a family.

I can only say that as a family you have displayed, not just today but throughout since last Christmas, courage and dignity on a scale that I have never seen before.

Our deepest sympathies go out to the Hallwood family who had to recount the horrific circumstances surrounding the loss of Cason at the inquest. We wish them much strength, solace, and healing.

As we do with these reports, we provide a number of takeaways that can help prevent such tragedies from befalling others in the food allergy community in the future.

We urge parents of children with food allergies that are mature enough to self-carry to train their child to recognize the symptoms of anaphylaxis and self-administer their epinephrine as soon as they experience symptoms, then call 911.

We also encourage parents to train their child’s friends and friends’ parents to recognize the symptoms of anaphylaxis and take action when necessary.

When visiting the home of a relative or friend, be sure to remind the host that your child has food allergies and that contact with a mere trace of their allergen could have catastrophic consequences.