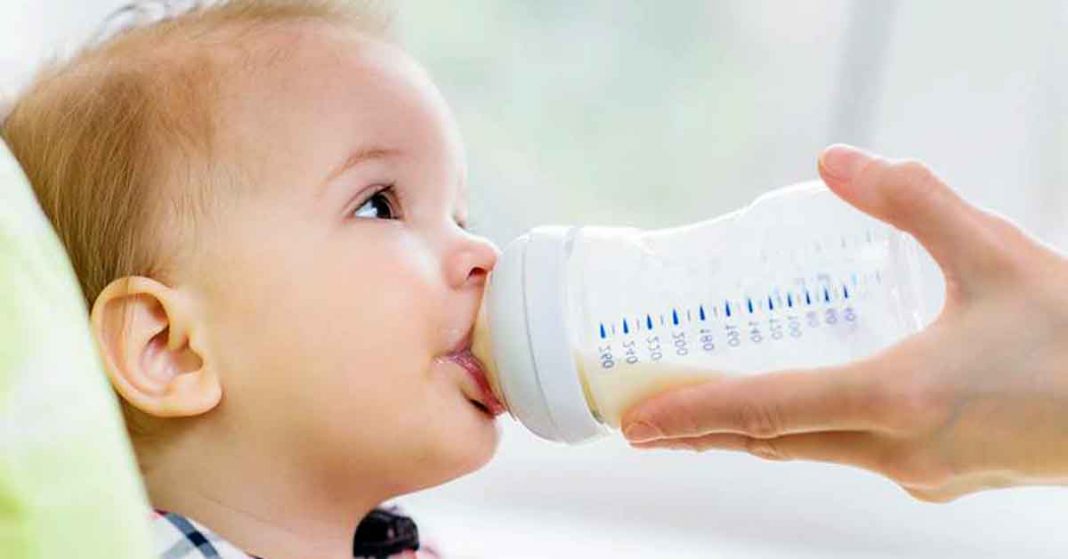 International guidelines developed to help doctors diagnose cow’s milk allergy may lead to over-diagnosis, according to University of Bristol-led research published in the journal Clinical and Experimental Allergy today. The study found that three-quarters of infants have two or more symptoms at some point in the first year of life, which guidelines say may be caused by cow’s milk allergy, yet the condition only affects one in 100.

Cow’s milk allergy can present with either acute or delayed symptoms. Delayed symptoms are more varied and include gut and skin symptoms, such as posseting (bringing up milk) and vomiting, colic, loose stools or constipation, and flaring of eczema. Many of these symptoms are already known to be common in infants, making delayed cow’s milk allergy difficult to diagnose.

Researchers found that one in four parents reported two or more possible “mild to moderate” symptoms every month. Symptoms were most numerous at three months of age, when all children were fully breastfed and not directly consuming cow’s milk. At six months of age, there was no difference in the number of children with two or more symptoms between those consuming and not consuming cow’s milk. Together, these findings suggest that the majority of symptoms listed in cow’s milk allergy guidelines are common, normal and not caused by cow’s milk allergy.

Senior co-researcher and children’s allergy doctor, Dr Michael Perkin, from the Population Health Research Institute at St George’s, University of London, added: “Our findings come against a background of rising prescription rates for specialist formula for children with cow’s milk allergy, which is completely out of proportion to how common we know the condition is. Parents of young infants are often seen in clinics, worried about a medical cause for their infant’s symptoms such as colic, bringing up milk or loose stools. However, our research confirms that these symptoms are extremely common. In an otherwise healthy infant,  an underlying cause is unlikely. Incorrectly attributing these symptoms to cow’s milk allergy is not only unhelpful, but it may also cause harm by discouraging breastfeeding.”

The researchers (from the University of Bristol, St George’s, University of London, Imperial College London, King’s College London, and St John’s Institute of Dermatology), used data from the Enquiring About Tolerance study of 1,303 infants aged between three and twelve months, in which parents were asked to record any symptoms their child experienced on a monthly basis. They counted how many infants had cow’s milk allergy symptoms each month, as defined in the international Milk Allergy in Primary Care (iMAP) guideline.

Professor Matthew Ridd, a GP and senior co-researcher at the Centre for Academic Primary Care, University of Bristol, said: “Our study was based on iMAP, but our results are likely to apply to other cow’s milk allergy guidelines. Well-meaning guidelines need to be supported by robust data to avoid the harms from over-diagnosis, which may be greater than the damage of delayed diagnoses that they seek to prevent.”