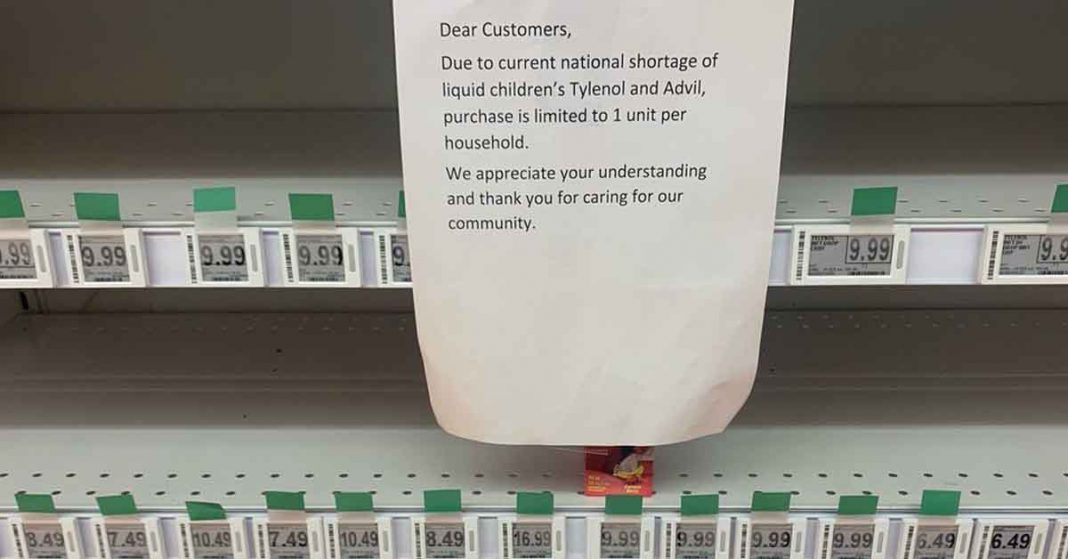 Over-the-counter children’s medications for colds, flu, and fever are in short supply, resulting in empty shelves and prompting pharmacy chains to limit purchases.

“In this holiday season, we have three problems. We have RSV, influenza and COVID-19. We never had such an amount of people getting sick at the same time,” Dr. Ilan Shapiro, a pediatrician at AltaMed Health Services, told CBS News.

Families are having a tough time finding their children’s go-to medications like fever reducers including acetaminophen (Tylenol) and ibuprofen (Advil, Motrin) as well as cough suppressants and other drugs.

In an effort to help manage the problem, the federal government has released reserves of Tamiflu while national chains like CVS, Target, and Walgreens are limiting purchases of over-the-counter children’s medication to prevent stockpiling.

Dr. Sean O’Leary, Chair of Infectious Disease for the American Academy of Pediatrics, said “the manufacturers are still manufacturing these medicines as much as they always have been. We are just seeing unprecedented demand.”

He added that parents shouldn’t panic if their child is experiencing mild to moderate symptoms.

“You know, this is not going to lead to any kind of a complication with your child. These are medicines simply to make your child more comfortable,” O’Leary said.

Here is a CBS Mornings report on the shortage: