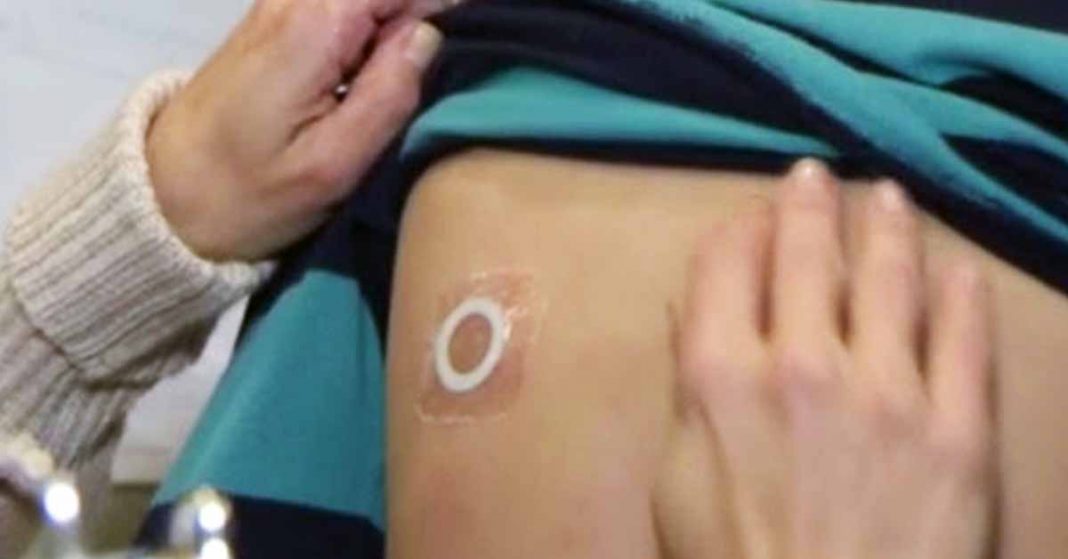 DBV Technologies announced last week that the FDA had removed the hold on the company’s phase 3 trial of their modified Viaskin® Peanut immunotherapy patch allowing the trial to commence.

Viaskin Peanut is DBV’s treatment for peanut allergy meant to desensitize young patients with peanut allergy from reacting to peanuts. The therapy has thus far had a long, difficult road to FDA approval.

In October 2019, after completing a number of clinical trials, the company submitted a Biologics License Application (BLA) to the Food and Drug Administration — usually the final step to obtaining marketing approval — for their Viaskin Peanut treatment for children ages 4-11.

But in a press release in March 2020, the company announced the FDA surfaced a number of questions regarding the long-term efficacy and impact of patch-site adhesion of their therapy. As a result, DBV was left to address the issues raised by the FDA and design a new phase 3 trial.

On September 14, 2022, DBV announced they were ready to conduct the new phase 3 trial, this time for children ages 4-7. A week later, the FDA placed a hold on the trial, raising four specific issues they required to be addressed.

Here follows their press release in its entirety.

In the Partial Clinical Hold (PCH) letter, the FDA requested changes to certain elements of the VITESSE protocol with the intent for the trial to support a Biologics License Application (BLA). The FDA communication contained four protocol modifications: the redefinition of the minimal daily wear time, the addition of a statistical test for the patch adhesion assessment, the reclassification of certain adverse events (AEs) to adverse events of special interest (AESIs) and an increase in the number of trial participants on active treatment.

Key design elements of VITESSE such as inclusion criteria, primary efficacy endpoint, responder criteria, efficacy assessment methodology and safety endpoints were not impacted by the PCH letter and have not changed.

“We are pleased that the FDA has lifted the partial clinical hold on the VITESSE study and anticipate initiating patient screening in Q1 2023,” said Daniel Tassé, Chief Executive Officer of DBV Technologies. “I am proud of our team for continuing to advance important pre-study activities these last several weeks so that we are prepared to act quickly to re-launch VITESSE following today’s announcement.”

Following receipt of the PCH letter, DBV and the FDA discussed how VITESSE protocol modifications could best support the Agency’s review of a potential BLA for Viaskin Peanut as a peanut allergy treatment.

In lifting the PCH, the FDA confirmed DBV satisfactorily addressed all clinical hold issues identified in the PCH letter. The FDA stated that DBV may proceed with VITESSE with the following changes included in the revised protocol:

The Company does not expect the additional safety study to have an impact on the Company’s cash runway guidance as DBV had included a provision for a possible supplemental safety trial in its cash runway assumptions. The Company reiterates that cash on-hand is sufficient to fund operations through VITESSE topline data.

“Following a very productive dialogue with the FDA, we have incorporated the Agency’s modifications to VITESSE into the study protocol and look forward to initiating patient treatments,” said Dr. Pharis Mohideen, Chief Medical Officer of DBV Technologies. “I am confident that the VITESSE study, when completed, will add to the growing body of evidence demonstrating the ability of our novel drug device immunotherapy platform, Viaskin Peanut, to address significant unmet needs among peanut-allergic children and their families.”

The VITESSE trial will enroll 600 subjects, randomized 2:1 active versus placebo. The study will involve approximately 80 trial sites across the United States, Canada, Australia and Europe. Dr. David Fleischer, Children’s HospitalColorado, will act as the principal investigator.

The primary efficacy endpoint is the percentage of treatment responders in the active versus placebo arms at Month 12. The primary efficacy analysis includes the success criterion of a lower bound of the confidence interval of the difference in responder rates between active and placebo groups being greater than or equal to 15%.

During the screening period, subjects will undergo an initial visit with assessment for eligibility according to peanut skin prick test (SPT) and serum peanut IgE. Those meeting these criteria will proceed to a DBPCFC to confirm their peanut allergy and establish an entry peanut ED. The entry DBPCFC will be 1 mg peanut protein, and will escalate up to a highest single dose of 100 mg peanut protein. Subjects who react with an ED at or below the dose of 100 mg peanut protein are considered eligible. At Month 12, a post-treatment DBPCFC will be performed, with a starting dose of 3 mg peanut protein, escalating to a highest dose of 1,000 mg peanut protein according to the following schedule: 3, 10, 30, 100, 300, 600, 1,000 mg. Secondary efficacy endpoints include changes in Cumulative Reactive Dose, ED and severity of allergic reaction at Month 12 food challenge.

DBV Technologies is developing Viaskin™, an investigational proprietary technology platform with broad potential applications in immunotherapy. Viaskin is based on epicutaneous immunotherapy, or EPIT™, and is DBV Technologies’ method of delivering biologically active compounds to the immune system through intact skin. With this new class of non-invasive product candidates,the Company is dedicated tosafely transforming the care of food allergic patients. DBV Technologies’ food allergies programs include ongoing clinical trials of Viaskin Peanut. DBV Technologies has global headquarters in Montrouge, France, and North American operations in Basking Ridge, NJ. The Company’s ordinary shares are traded on segment B of Euronext Paris (Ticker: DBV, ISIN code: FR0010417345) and the Company’s ADSs (each representing one-half of one ordinary share) are traded on the Nasdaq Global Select Market (Ticker: DBVT).

This press release may contain forward-looking statements and estimates, including statements regarding the therapeutic potential of Viaskin™ Peanut as a treatment for peanut-allergic children and the potential benefits of EPIT™, DBV Technologies’ clinical development and regulatory plans, timing and projections of VITESSE study milestones, and timing and anticipated results of interactions with regulatory agencies. All statements about VITESSE study milestones, enrollment and anticipated results contained herein are DBV’s best estimates and projections are based on performance of previous studies and are subject to known and unknown risks, uncertainties and other factors that may cause actual results, performance and achievements with respect to the VITESSE study to differ materially from the estimates and projections contained herein. These forward-looking statements and estimates are not promises or guarantees and involve substantial risks and uncertainties and may be impacted by market conditions as well as other risks and uncertainties set forth in DBV Technologies’ regulatory filings with the Autorité des Marchés Financiers (“AMF”), DBV Technologies’ filings and reports with the U.S. Securities and Exchange Commission (“SEC”) and future filings and reports made with the AMF and SEC. Existing and prospective investors are cautioned not to place undue reliance on these forward-looking statements and estimates, which speak only as of the date hereof. Other than as required by applicable law, DBV Technologies undertakes no obligation to update or revise the information contained in this Press Release.

Viaskin and EPIT are trademarks of DBV Technologies

Print or share this article
Print
Mail
Tweet
Share
Click to visit sponsor
Previous article
You be the Judge: Should Grandmom Get a Second Chance After Nut Exposure?
Next article
“Tripledemic” Causing Shortages of Children’s Over-the-Counter Medications